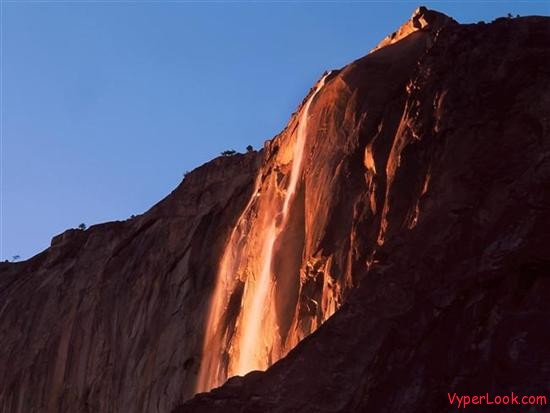 If you look at the pictures of the firefall at Yosemite National Park you’d truly be amazed. Fire falling down to a valley below off a 3000 feet cliff from the top of Glacier Point is absolutely spectacular, but did you know that the this amazing phenomenon is actually a the result of a fun time spent around a camp fire. Camp Curry held a nightly ritual around a huge campfire that ended precisely at 9 pm with the sound of the leader saying: “Let the Fire Fall!” and the bonfire was pushed down the cliff and the spectacle could be seen from afar not as a waterfall, but as a firefall. This lovely tradition started in 1872 but was sadly ended in 1968 due to the fact that the burning embers drew an overwhelming crowd to Yosemite National Park and that wasn’t healthy for nature.

Ironically, the Glacier Point Hotel who’s owners had been carrying on the tradition ever since before Yosemite was a National Park, burned down a year after the tradition was stopped and was never rebuilt again. 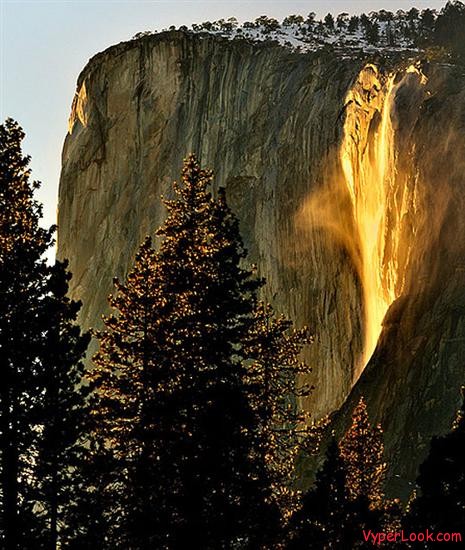 Below you can watch a video of Yosemite National Park.