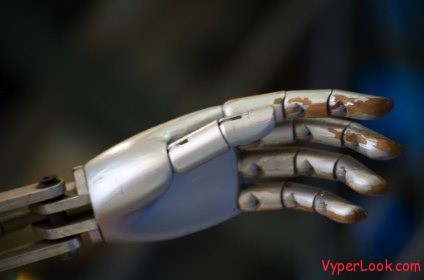 Did you ever have the urge to be in two places at the same time and wished someone would just hurry up and invent a teleportation machine? Well someone invented something even better, in the future, you’ll be able to be in more than one place at the same time, all that with the aid of robots. These mechanical machines will allow us to interact with friends and family in far away places as if we were standing right there, in front of them. How is this amazing thing possible you ask? It’s actually quite easy… Japanese engineer, Tsetserukou, teamed up with computer science and engineering professor, Jun Miura and Sugiyama Junichi, and together they invented a robot which they named “NAVIgoid”. This intelligent computer enables a so called “human controller” to guide the robot remotely, using nothing else but bare torso movements. The human then receives feedback from the robot, thus accomplishing the “teleporation” process.

The robot has built in cameras in order to send back visuals of the location it’s in. This amazing creation is also equipped with laser range finders which are able to scan its surroundings and map he location in order to be able to avoid obstacles, by evaluating their shape and speed, thus making navigation safer. Back “home” the human has to wear a virtual reality eye shield, which is currently used by hard core gamers, the eye will give the person, an accurate image of the robot’s surroundings. Also, in order to guide the robot, the person has to put on a special belt which has a built-in actuator and a flex sensor, sensors which enable the person’s torso to act as a “joystick” and guide the robot’s movements.

Telepresence robots already exist in day to day life, including the QB robot made by Mountain View company Anybots that self-balances and is controlled through a Web interface. Tsetserukou praises the QB, but pointed out that while it moves around, the user doesn’t. “You just sit in the chair and see the video,” he said. “It’s just very similar to Skype.” In order to provide a better experience for it’s users, the brilliant engineer has made a pledge to continue work on his “NAVIgoid”. I don’t know about you, but I can’t wait to be in more than one place at the same time, so on behalf of those of you out there who are equally enthusiastic about this idea, I say, please make this available for everyone sooner, cause it’s an amazing discovery.

Below you can view a few pictures of the actual robot, and also, a video of what this extraordinary machinery can do. 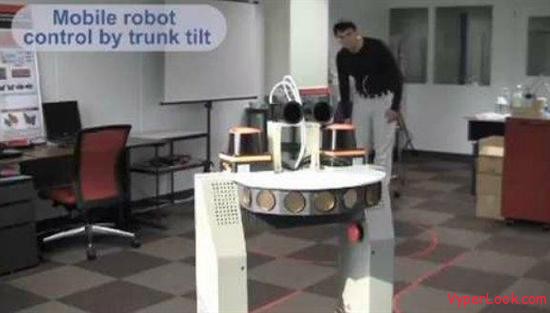 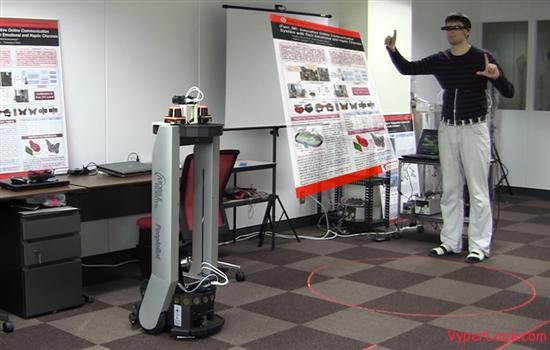