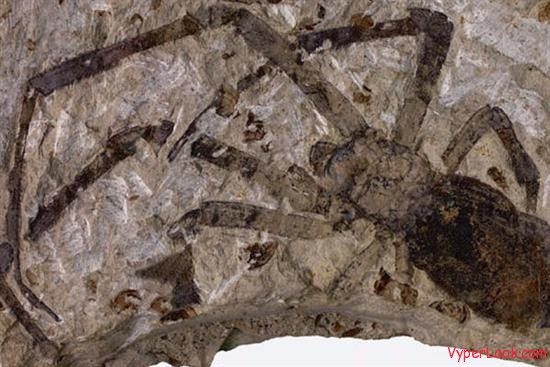 This extra large  spider was unearthed by scientist near a village called Daohugou  somewhere in Mongolia, China. It was found in a volcanic ash rock formation which is rich in fossils. This new species was named Nephila jurassica and it’s about 165 million years old and, at the time being, it’s the oldest species of web-weaving spiders known.

Its size is similar to this specie’s modern descendants the golden orb-weavers, the fossil’s body measures one inch (2,5 cm) and the legs reach almost 2.5 inches (6,3 cm).

The female Golden orb-weaver can reach amazing sizes up to 4-5 inches and they’re known not only for their large size, but also for their huge silky golden webs which can trap bats or even small birds.

Nephila jurassica may be the largest fossil spider, but it isn’t the oldest. The oldest fossils of spiders date back to 310 million years ago and were found in England.

Paul Selden, the director of the Paleontological Institute of the University of Kansas and one of the members of the team which made this spectacular discovery said that this gigantic spider probably originates in the old mother of all modern continents, Pangaea and he also stated that Nephila jurassica probably went extinct before the continent broke up.

So there you have it, the story behind this huge fossil spider. It’s big, it lived over 160 million years ago and we now have an idea how its descendants look: they’re the largest species today and you can see them waving golden silky webs. Take a look and see just how amazing they are. 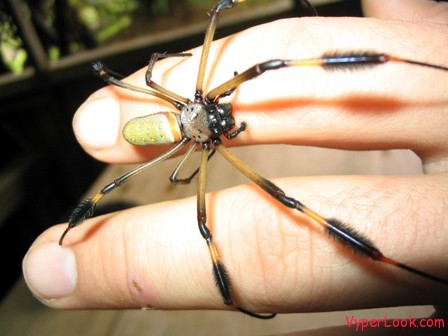