You most certainly had a time when you wished you had a new face, well Richard Norris, a 37 year old man got a new face through a complicated transplant which took the team of surgeons 36 hours to complete. Due to an unfortunate gun accident, Norris lost all of his face, and since then he had lived under a mask for 15 years, until the amazing surgery that gave him his life back.

Generally, gunshot victims who actually survive the shoot, suffer loss of vision and smell, but amazingly, after extensive tests just days after the accident, Richard discovered that he can still see and smell.

After the incident, this impressive man found the strength to carry on with his life, but unfortunately, today’s society doesn’t deal kindly with people who have a extraordinary appearance, so Richard Norris could not do things we take for granted, like shopping for food or clothes due to the stigma he had to live with. For 15 years he avoided eating in public places, he could not have a full time job, and he always needed assistance. 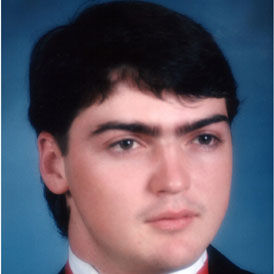 Of course, he also needed numerous life saving interventions, but the one that gave him his life back was performed in March 2012, when he received a total face transplant.

The surgery involved a team of 150 surgeons, nurses and medical staff, it lasted 72 hours in which the amazing surgeons also harvested and transplanted a heart, both lungs, the liver and a kidney from the same anonymous donor, to other patients.

Richard Norris, got the teeth, upper and lower jaw, part of the tongue and the entire facial tissue from the scalp to the base of the neck. Just one week after the transplant, the patient was able to brush his teeth, and regain feeling on the skin. Six days after the surgery, he could already move his tongue and open and close his eyes and the recovery was much faster than who anyone expected. 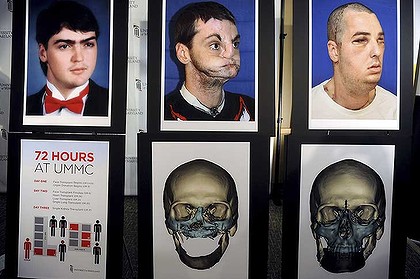 After the surgery Dr Eduardo Rodriguez, head of the transplant team, declared that

“He’s actually looking in the mirror, shaving and brushing his teeth, which we never even expected. He put the mirror down and thanked me and hugged me”

Have a look at the video below to see how the surgery went and what the doctors had to say.

Norris’ face transplant seems to be the most successful to date, and there have been only 22 previous patients to have benefited from such a surgery.

Let’s have a look at some of the other patients who underwent face transplants:

1. Isabelle Dinoire, for example, was the world’s first person to receive a face transplant after her dog mauled her in May 2005. The lady passed out from an overdose of sleeping pills and her Labrador chewed off her face in an attempt to save her from her suicidal act. Dinoire’s injuries affected her nose, lips, chin, and cheeks. 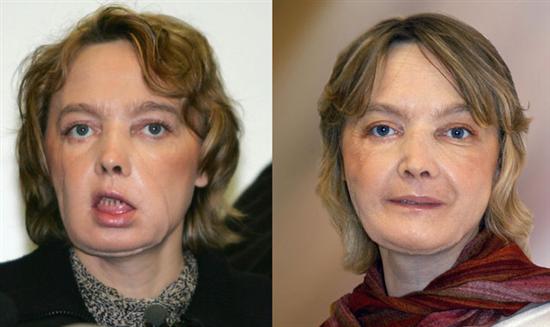 The first surgery took place in 2005 when A triangle of face tissue, including the nose and mouth, was taken from a brain-dead female donor and grafted onto the patient.
After the transplant, the lady declared that:

“At first I’d been scared to look. I thought it would be bruised and ugly, but it was marvellous. I couldn’t believe it.” 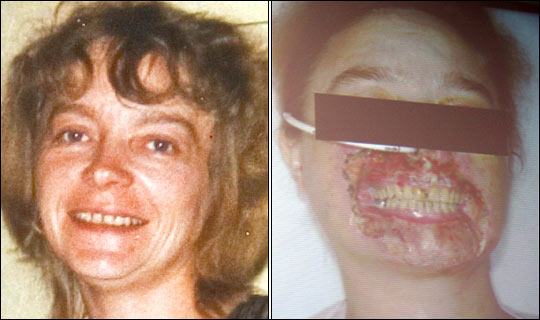 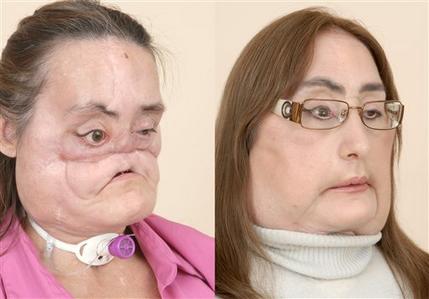 Connie Culp is the first ever United States patient to receive a face transplant, performed at the Cleveland Clinic in December 2008. Connie was mutilated by her husband who tried to kill her with a gun and then kill himself. The gun wound destroyed the woman’s nose, cheeks, the roof of her mouth and an eye. Luckily, the woman survived but was severely mutilated.

After the transplant, she could talk, smile, smell and taste her food again. She sometimes has a speech impediment, but with exercises, she regained her vocal abilities.