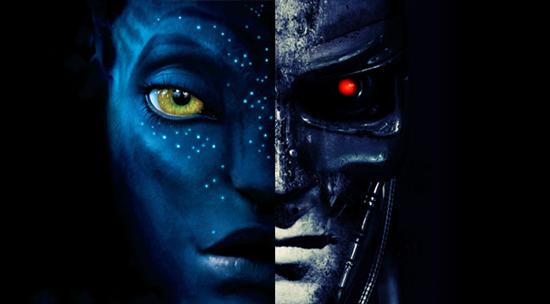 Scientists from the international Virtual Embodiment and Robotic Re-embodiment project managed to enable a person to control a robot located thousands of miles away through the sheer power of thought.
That being said, ladies and gentlemen, you should know that we are one step closer to turning the Avatar movie into a reality! How is this possible you ask? How soon can we use only our mind to control robots? Let’s find out together.

Yes, you have been reading right and this is not a hoax! With the aid of an fMRI machine (a normal MRI procedure which allows doctors to measure brain activity by detecting changes in blood flow), scientists from the international Virtual Embodiment and Robotic Re-embodiment project have managed to enable a student from a University in Israel, to control a small robot at the Béziers Technology Institute in France. And the control over that robot was made sheerly by thought! 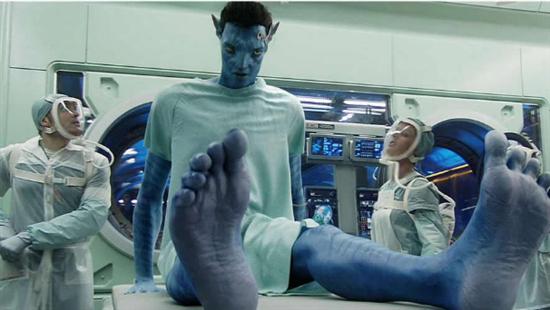 The movements of the robot did, however have a small delay due to the fact that the whole experiment was done over the internet and, at the time being, it takes time to register neural activity as the actual intended movement. After the experiment was over, the student declared that he really felt like an Avatar (not sure how he can feel that since it was just a movie, but hey… the man made a robot move, despite the thousands of miles distance between them, so we’ll just take his word for it!)

Tirosh Shapira is the student’s name, and he declared that:

“I really felt like I was there. At one point the connection failed. One of the researchers picked the robot up to see what the problem was and I was like, ‘Oi, put me down!”

But what is the whole purpose of this experiment?

Well, the answer is extremely simple…

“The ultimate goal is to create a surrogate, like in Avatar, although that’s a long way off yet”

said Abderrahmane Kheddar, director of the CNRS-AIST joint robotics laboratory at the National Institute of Advanced Industrial Science and Technology in Tsukuba, Japan. The goal is pretty spooky, isn’t it? 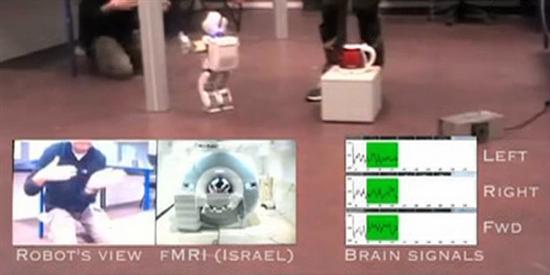 Of course, controlling the movements of a robot only through the aid of thought could also be a huge medical break-through! Just imagine how useful such an experience could be for those who are fully immobilized, or those who are partially paralyzed. This mind controlled robot could give them back their functionality.

Sure, we have had remotely operated robots for decades now, but this new discovery takes one step forward to the future.

How can we control a robot with our mind? 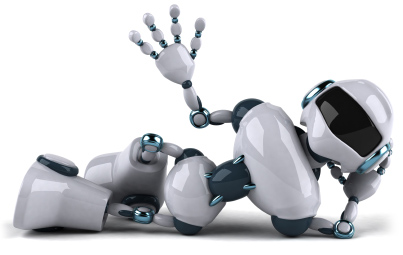 Well, all Tirosh Shapira had to do was imagine himself moving different limbs of his body, after that, all he had to do was to move the virtual avatar’s part by imagining them moving left or right. Seems pretty easy! And now for the hard part… how do the signals reach the robot?

The fMRI measured the changes in blood flow to various parts of his brain, and in accordance with these changes in the brain’s primary motor cortex, the team of scientists created an algorithm which is able to distinguish between thoughts of movement. After that, all they had to do is send the movement indications to the robot via the internet.

Below is a diagram with blood flows and movements: 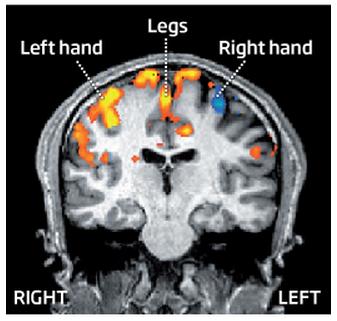 The entire experiment allowed Shapira to control the robot in almost real time via thought, while a camera located on the robot’s head allowed him to see the robot’s perspective. Imagining moving his legs made the robot walk forward while thinking of left and right made the robot move his hands with a 30-degree angle to the left or right.

On the funny side, people connect easier, by holding each other while being in love…

If you are as amazed by this as we are, have a look at the video below and watch the whole experiment for yourself:

But this is not the first time humans control robots with sheer thought power. Honda’s ASIMO robot is also thought controlled and he was invented in 2009! 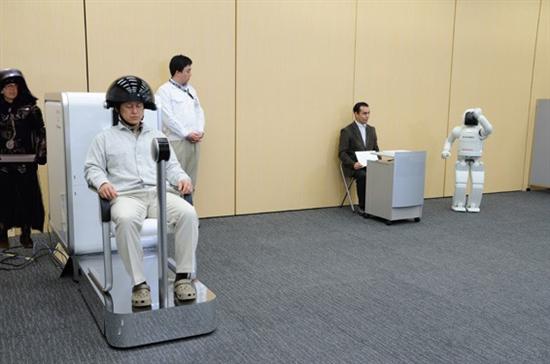 For more amazing things you can control with your mind click here. And if you wanna see how robots are slowly replacing humans in their activities, all you have to do is read this.

Over and out science and Avatar fans! Here’s ASIMO waving goodbye while he’s being controlled by a human mind. 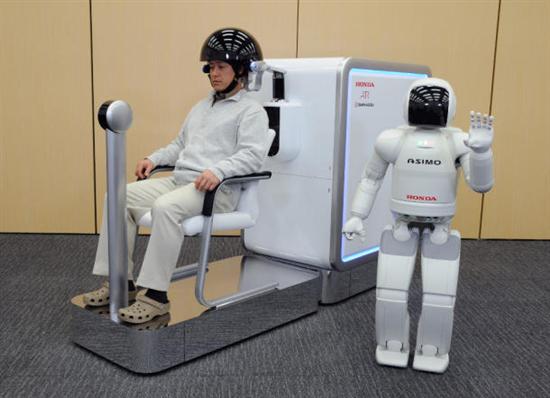