Well isn’t this amazing… Japanese scientists have invented a muscle suit which will give us all the superpower to lift heavy objects and assist us in other movements. Does it sound a little bit on the sci-fi side? Well, it just so happens that we’re closer to the future than we thought.

The idea of robot-aided lifting devices has seemed appealing even back in the 1960s, but today’s technology made it possible for us to hope that pretty soon, we won’t have to complain that something is too hard for just one person to lift, all we’ll have to do is put on our exoskeleton and be amazed at how easy everything will seem. 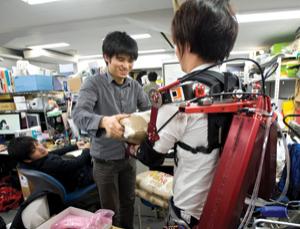 Now, you may get ahead of yourselves imagining that you’re gonna have to wear some heavy metallic robotic suit, but you’re really far off. The exoskeleton will be of extremely light weight, and it has a pneumatic artificial muscles which make its own weight and that of the lifted object practically inexistent.

The amazing robot comes in two forms: a heavier model, at about 9,2 kilograms which augments the arms and back. This model is intended for commerce where heavy lifting is required. The second model, weighs only 5 kilos, and it’s targeted towards the nursing industry, and aimed to assist in lifting people in and out of bed, for example. 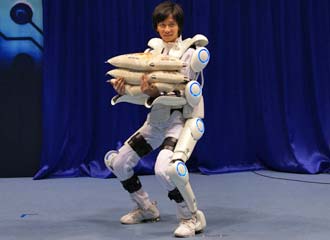 The team of scientists who invented the robotic exoskeleton was lead by Hiroshi Kobayashi who declared that:

“The power-to-weight ratio is 400 times greater than motor-driven suits. Unlike motors, PAMs are unaffected by water and dirt. A regulator controls the compressed air output based on a signal given by a microprocessor, which in turn communicates with an acceleration sensor in the frame that detects and responds to movement.”

Below you can watch a video of he amazing robotic exoskeleton in action: 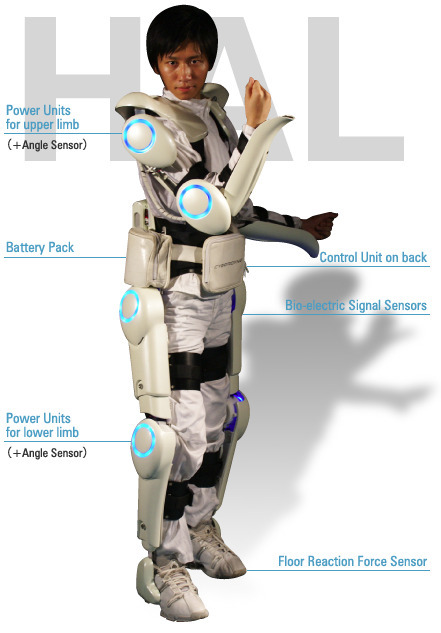 Meet Hal… an exoskeleton suit that reads brain signals and translates them in to limb movement. This cyborg-type robot detects very weak biosignals on the surface of the skin which appear when the brain sends nerve signals to the muscles hence initiating movement procedures. Based on the signals obtained, the power unit in the exoskeleton moves the joints of the system enabling paralyzed people to walk.

Watch HAL in action below: The suit is built from a combination of structures, sensors, actuators and controllers, and it is powered by high pressure hydraulics. It’s meant to help soldiers in war, hence saving more lives. Read more about it here.

Have a look of a demonstration below: