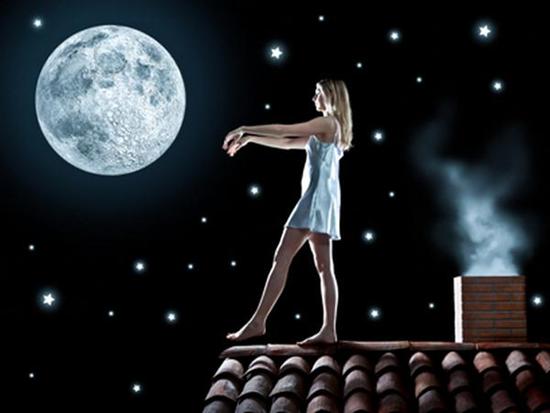 Check out some shocking and amazing cases of people who sleepwalk. Sleeping plays a major role in our lives, and it affects both our mental and physical health. Normally, when you sit in your bed, you would expect to wake up in the same bed, more or less in the same position, but when you’re a sleep walker, the odds are you are most definitely not going to wake up where you fell asleep.
Sleep walking can be very dangerous… some people woke up in the middle of lakes while others walked off the window. Let’s check out some of the most amazing cases of sleepwalking.

1. Alyson Bair Nearly Drowned twice after sleepwalking into a River 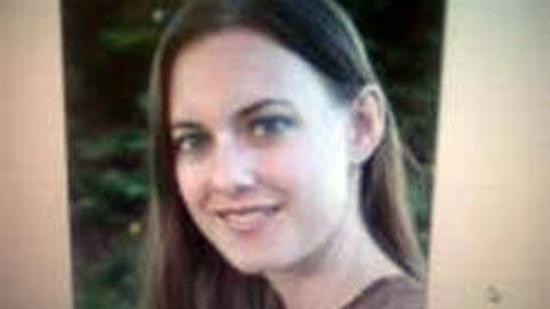 Imagine being in the comfort of your own bed, when suddenly, your sleep is perturbed by a terrible nightmare that you’re drowning. Now imagine waking up from that nightmare, and realizing that you really are drowning in a deep river far from your home… This is the drama that happened to 31-year-old Alyson Bair, who sleepwalked into a local river close to her home in Burley, Idaho.

The woman declared that

“It was deep and I couldn’t touch anywhere and I was getting tired. I had to keep turning around and floating on my back.”

After the incident, the mother of two, and her husband locked away all of he medicine and guns, to prevent Alyson from hurting herself, or anyone else.

We’ve locked up all my medicines and made sure that our guns are locked up. Everything I could harm myself with is put away because I don’t know what I’m going to do when I’m sleeping.

Two weeks later, on august 20th, her husband Cody Bair, was woken you by one of the couple’s children at around 2 AM, and at that time, he noticed that the sliding, glass doors were open and his wife was yet again missing. A search party was immediately organized along with the local Sheriff’s office. After more than five hours of searching, the 31 year-old woman was found on a riverbank a quarter of a mile from home. She was suffering from hypothermia and had cuts and bruises on her bare feet.

Find out more about her story in the video below:

2. Rachel Ward fell 25 feet after sleepwalking out the window 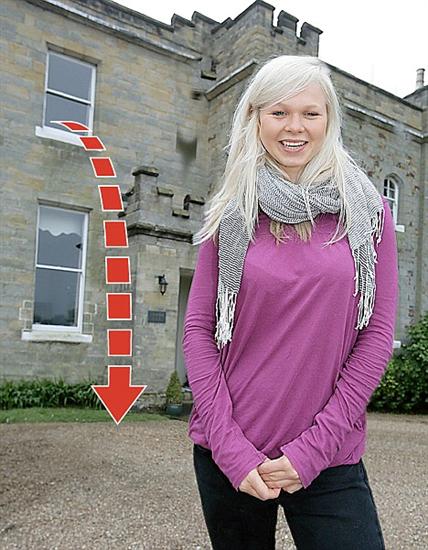 Believe it or not, this charming teenage girl fell 25 to the ground, only a few inches from her car after she sleepwalked out of her bedroom window. Against all odds, she didn’t even have a bruise on her entire body… who else can say that after falling two stories onto the ground?

Rachel Ward got up in the middle of the night, she put on a sweater, opened the window and jumped… and she did all that while being unconscious and fully asleep. She landed feet first on a thin strip of grass near her car, leaving six-inch divots in the ground, before collapsing.
She woke up and screamed for her parents, who immediately rushed to her.
They did their best not to move her, in case she has suffered damage to her spine, but eventually, Rachel got up on her own and they all went to the hospital. Doctors were amazed to see that despite falling 25 feet, the girl was safe and sound. Rachel believes that she survived the fall due to her dancing career:

For my dance training I did five hours of technique every day so perhaps my strong legs and ankles helped protect me. 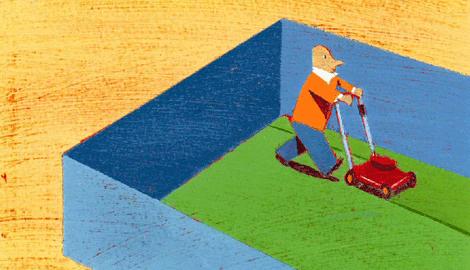 Back 2005, Ian Armstrong had a really important job to do… he just really had to mow the lawn… a 2 am, wearing nothing but a smile, and, more importantly, he did it while he was asleep! The computer expert was found by his wife, Rebekah Armstrong, who was woken by a noise coming from the garden.
The woman realized her husband is not in bed, so she went down to check things out, only to find her husband, naked mowing the lawn.
She did not wake him up because she knew that it could be dangerous so she just unplugged the mower, went back to bed and let him get on with it. Ian had no knowledge of what he had been doing, and moreover, he didn’t even believe his own wife when she told him. 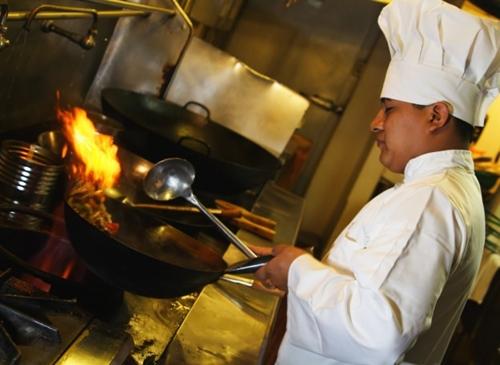 55 year-old Robert Wood has been cooking for as long as he can remember, bu he is also known as a notorious sleepwalker. He has been known to get up in the middle of the night and start cooking, while he is still asleep. He can whip you up anything, from stake to omelet but the problem is that he could get burned or cut in the process.
The man believes that an ulcer may be the root of his midnight-cooking problem. His condition allows him to eat just very small portions, so the man believes that his hunger leads him to the kitchen at night. 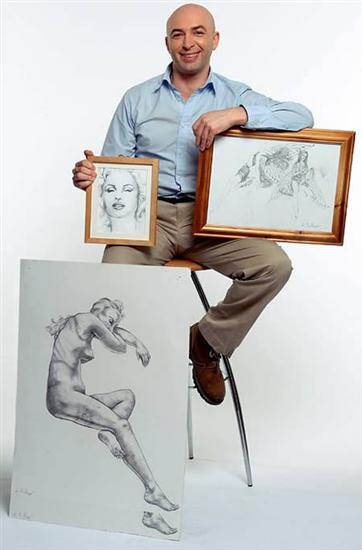 Have a look at Lee Hadwin, whose day to day life is that of a nurse. So far, nothing out of the ordinary about him, but just wait until he falls asleep! At night he’s a “sleepwalking artist” who creates sheer artworks of which he has no recollection of drawing after waking up the next morning…

Hadwin first started sleepwalking wat the age of 4, but everyone thought it was a normal childhood phase. When he became a teenager, Lee began drawing his bedroom walls over the night, and had no recollection of the drawing process by morning. In his daily activities, Lee shows no interest nor passion for drwing, but when he falls asleep, it’s like he’s a whole different person.

See more of his drawings below: 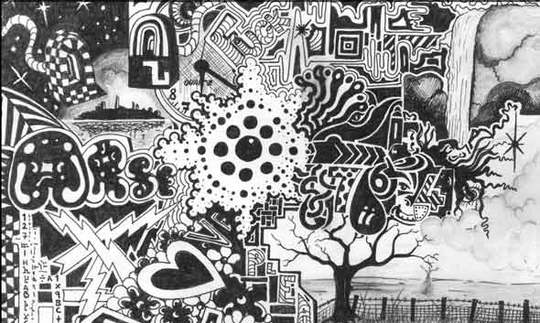 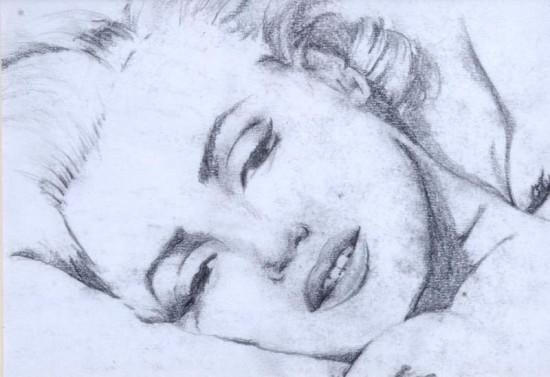 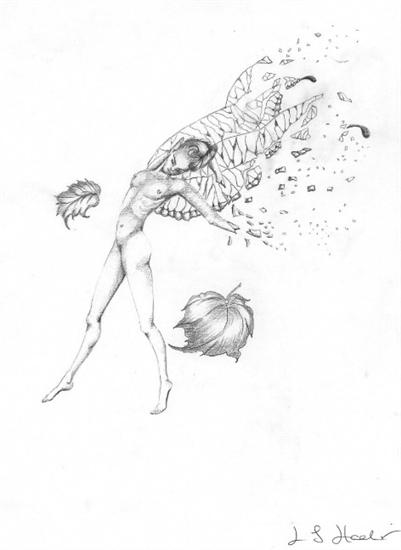 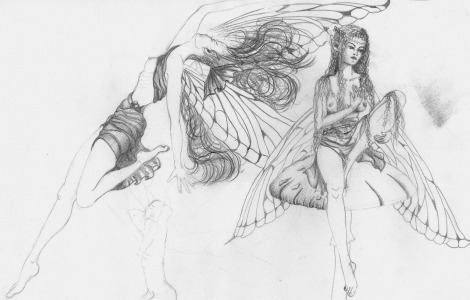 By the looks of things, sleepwalking is not just a human trait… and Bizkit is the dog to prove it! This doggie has always had trouble sleeping, but as she became older, her sleepwalking became worse, as you will see in the video below: she runs, stands up and barks, all in her sleep: