UFO Or Military Device? Shocking Lights Over The Sky of Israel, Turkey and Jordan

Have a look at an amazing video of a spinning “Catherine Wheel”-like UFO or strange phenomenon on the sky of Jordan And Israel. Thousands of people have witnessed the amazing “UFO” while it performed what seemed to be similar to a Catherine Wheel, but what was it for real? Was this an alien spaceship or a military top secret experiment that went bad? Let’s look at the pictures and video, and see what it was.

On the night of June 7th, 2012 the police phone lines turned red from all of the frenetic calls from concerned citizens of Jordan, Israel and Turkey. Thousands of people have seen the same amazing sighting on the sky. Panicked people were reporting the same thing, a white gleaming light, which appeared very similar in shape with a Catherine Wheel.

But what is this strange light on the sky?

When we’re talking about an incident in which so many witnesses are involved, almost everyone has his or her on theory about what the shocking appearance could be… Some said it could be a falling missile, while others are convinced that thy have seen a genuine UFO. Let’s see the theories and the pros and cons for each one. We’ll get to the bottom of the issue and we’ll let you decide for yourselves what this mysterious Spinning Catherine Wheel was. 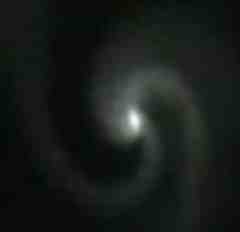 Let’s look at the picture better…. The light appears to have no visible source, of course, that would be the last argument that would help us exclude this being anything else but an alien space craft. As you will see in a video below, the light appears to moving in a dance-like motion, which may mean that if this is indeed an alien spacecraft, it could be trying to communicate through a pattern we already know. Is this a UFO? You decide…

Theory #2: A satellite breaking up in our atmosphere 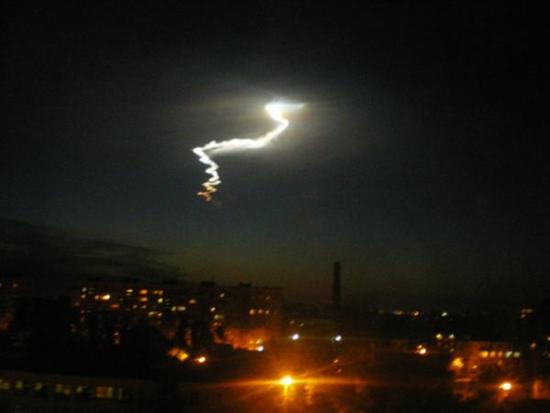 he picture above shows us a satellite which is crashing after entering the Earth’s atmosphere… The phenomenon which was reported Jordan and Israel lasted for hours and the light had the same intensity throughout this time. A crashing satellite spirals down to Earth with amazing speed, there is no possibility it could last for hours in he same spot.

Now this is the one theory which probably has a chance to stand… Why do we say that you ask? Well, have a look at the picture below which was taken in Norway, 2009: 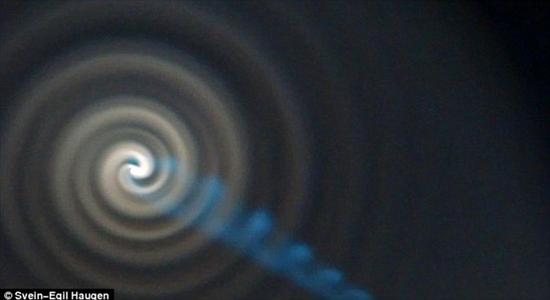 Looks pretty much like what the people f Israel saw in their rudely interrupted evening. This picture actually has a perfectly logical explanation, which is as earthly as possible.

In 2009 in Norway, the night sky was lit up by this amazing light. Shocked people turned to the authorities for help ever since it started at 8:45pm and lasted for a few hours. After the entire population was both shocked and amazed at the same time, the Defense Ministry in Moscow said a test rocket was launched 6 minutes before the strange light appeared.

The Russians said that the launch had been a success, but videos soon surfaced which proved that the rocket failed to launch properly. The amazing light in the sky is caused by the fuel that burns, while they rocket spirals directions.

Here’s what the locals had too say about that the UFO:

It reached a height of 200-300 kilometers and that’s why it was seen from so many locations. We saw a large trail of light traveling from a distant spot in the sky. We could not see the source of the light. The trail was massive. It was an unusual sight. Moments later we saw swirling movement where the light was coming from.

So taking all this into consideration, let’s watch the video of the amazing spinning Catherine Wheel UFO in Jordan And Israel

What do you think? Was it a UFO, a huge angry ghost, of just” another military experiment… It’s your call.