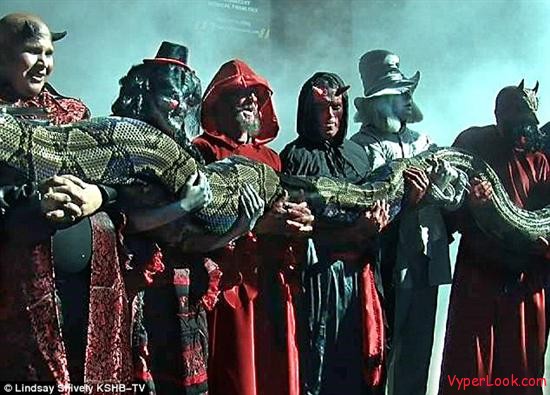 Introducing Medusa, the largest snake in the world, known to man that is, because this case has been accurately due to the fact that this python lives in captivity. The world’s largest snake needs an astounding number of 15 men to hold her, and that’s because this huge animal is 25 feet long and weighs more than 300 pounds. The large reptile will soon be judged and most likely elected to be featured in the Guinness Book of World Records whose representatives are coming to verify her new title.

Medusa’s trainer is named Larry Elgar and he delaredin an interview that he isn’t intimidated by the monster python, saying: “They’ve actually cut people out of them, they are man eaters.
Fear is just a lack of understanding. I have no fear. I understand that she can kill me. I’ve been wrapped up and put unconscious by a reticulated python that was only 18 feet long.”

The seven year old python was only 24 inches long when he was brought in, and now, seven years later, she is set to knock Fluffy, a reticulated python, off the top spot.

Have a look at the pictures and video below and see just how huge the world’s largest snake is. 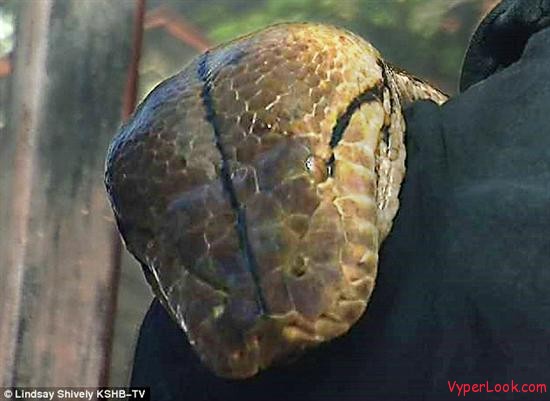 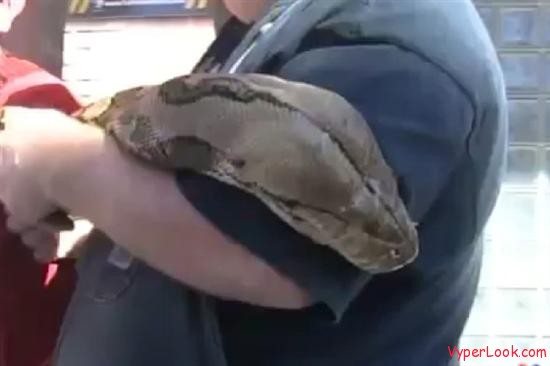