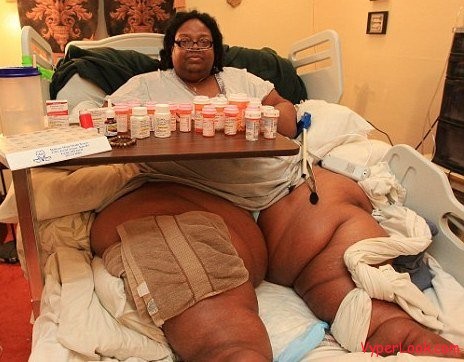 A woman believed to be the world’s fattest at 50 stone (700lbs) is facing a battle to shed weight after being told by doctors she could die.

Terri Smith is confined to her bedroom in her Ohio home unable to move, stand or roll over by herself. 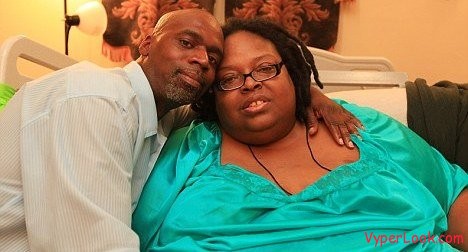 Suffering from severe headaches which doctors fear could stem from a brain problem, Terri urgently needs a brain scan – but is too big to fit inside an MRI machine.

The 49-year-old must be washed, fed and dressed on the bed and wears nappies which her daughter and husband change.

By the age of 20 Terri weighed 18 stone (252lbs) but she remained active and held a job as a mental health care worker for 20 years.