There are a lot of good inventions in the world and there are even more brilliant inventors out there just waiting to show the world their potential, but it’s still amazing when an extraordinary invention is made public. This time, all of the great brains from Festo’s Bionic Learning Network, who are well known for their innovative research in animal robotics, have showed the world the first ever robotic flying bird, named simply Festo, a seagull shaped bionic bird with a 2 meter wing span. This amazing man made creature dazzles us with it’s autonomous moves of it’s lifelike trunk, which gives the wings the flying direction. What’s even more mind blowing is the fact that this amazing robotic bird can take off, fly and land on its own without and controls from a remote. Take a look at the video of the first robot bird flying solo in the sky and landing just like a real bird.

The German company Festo takes pride in its creation, named “SmartBird”, it weighs 450 grams, it has a 2 meeter wing span and it’s made entirely out of carbon fiber. Markus Fischer revealed that real birds taught them not only the wing movement, but also ho to efficiently use energy. After numerous hours spent calculating and studying aerodynamics, this lovely creature has emerged from the laboratories. Have a look below to see the lovely Smart Bird in action. 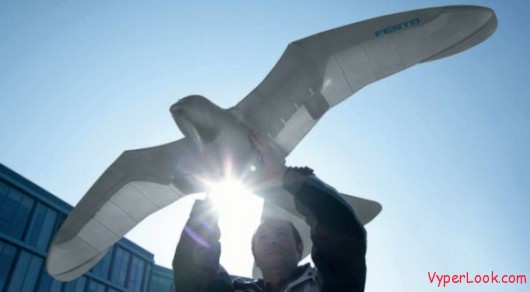 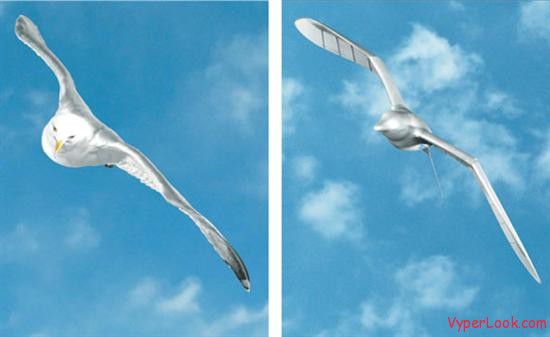