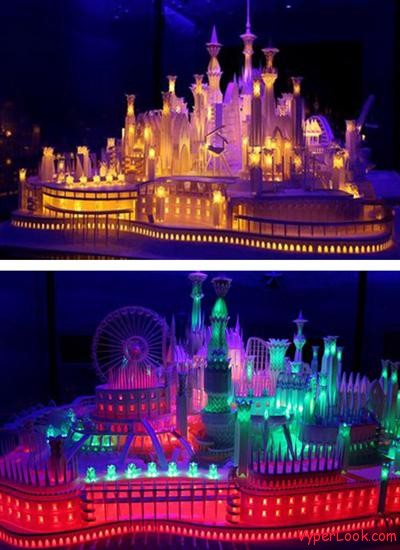 Sometimes bigger is not always better. Take a look at some really awesome miniature representations of cities which are famous, famous, amongst others, for their large size. Some are extremely creative representations, for example, they’re made out of cookies and biscuits, while others represent New York City composed of staples but they’re all pretty amazing so check them out.

The origami city in the picture above took 4 years to be completed by its Japanese artist,  Wataru Ito. The entire masterpiece is 1 meter high, 2.4  meters wide and it was put together only with the use of paper, hole puncher and glue.

This work of art took Stan Munro 6 years to build, and for its completion, 6 million toothpicks were stuck together with 170 liters of glue. Now that’s one for the books!

New York City out of Staples 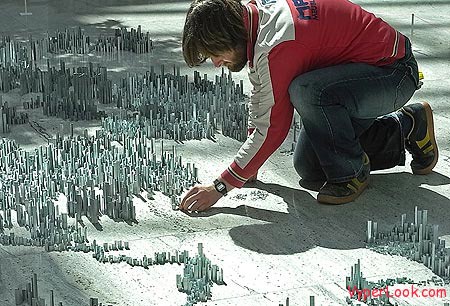 Its creator, Peter Root spent more than 40 hours standing to finish this miniature representation of  New York and he used 100,000 staples for it. All that work can be destroyed with just one toss of a pair of dice… 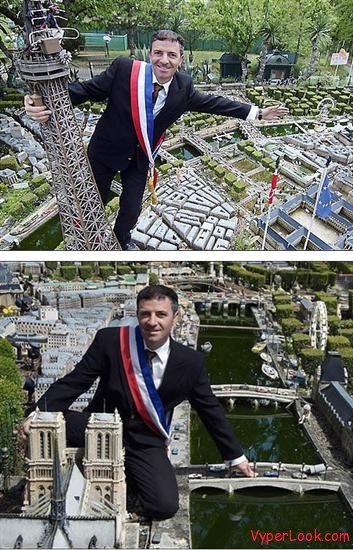 Le Petit Paris took over 18,000 hours to build and it was crafted by Gerard Brion, who built it in his back yard out of recycled items such as baby bottles, or left over concrete blocks. This miniature Paris is visited by over 150.000 people every year.