Weaving is no longer a thing for the ladies or for the eight-legged insects, a new weaver is in town and it’s a robot! Yes, that’s right, MIT inventors have managed to invent an awesome robotic spider which can weave an intricate web without benefiting of any human assistance.
The robot was able to meticulously weave a web of yarn around itself, in a way which would make any real life spider jealous. How did the cool robotic spider manage to be so precise? Let’s find out.

Of course, the inventors behind this amazing robot drew their inspiration from nature, and managed to build a robot that can evaluate its surroundings and build a web similar to that of the spiders.
Now the robot does not yet have eight legs, but it is able to weave a web-like architecture, analogous to the way a silkworm creates cocoons of silk. This mechanism is known as CNSILK (Computer Numerically Controlled Silk Cocoon Construction). 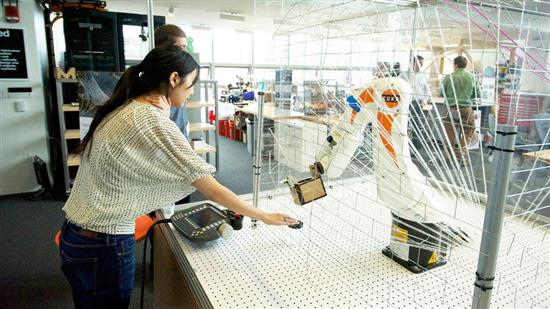 Of course, the question on your mind would be: why do we need a spider-robot (why not Spiderman himself?) Well, the answer to that question will most likely amaze you a bit: in the future, these amazing robots will be the ones building and even designing houses and other sorts of buildings. 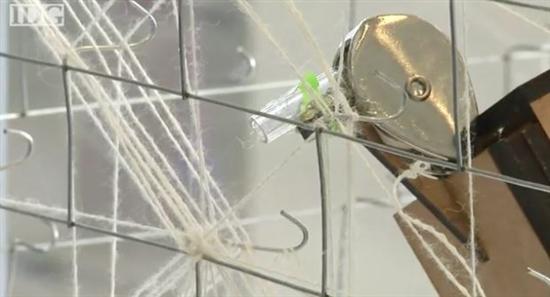 So far, the robot placed yard around pegs and hooks on a cage built around it by following a predetermined trajectory set by researchers, but in the not so distant future, it will become autonomous, thinking and analyzing on its own.

Elizabeth Tsai, one of the team members at the Media Lab, who developed the amazing robot declared that:

“We’re looking at how you can make a manufacturing process that looks at its surroundings – say branches or pegs – that it can weave around. We’re working on the sensing so it knows where it’s going on its own” 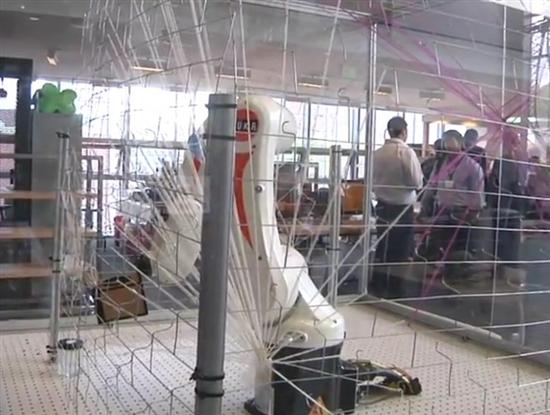 Below you can watch a video of how the Robotic Spider works while weaving the web. Just imagine, in a few years, this little critter will be the one building our house. No more annoying contractors to worry about!

And as if that weren’t awesome enough, check out this little robot below: it can build a copy of itself. So, if robots can give “birth” to other robots… where is technology taking us to?