Fascinating Glow In The Dark Bioluminescent Lake in Australia 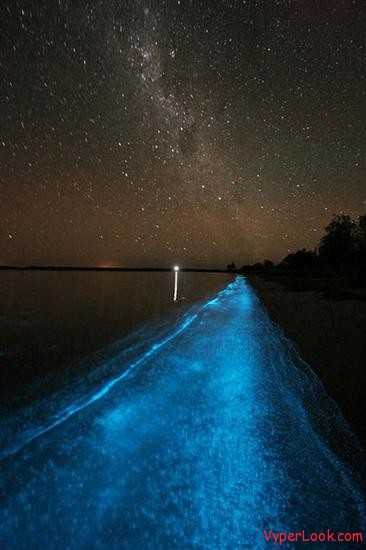 Bioluminescence, or in layman terms, glow in the dark…. you’ve heard of paint that glow’s in the dark, bumper-stickers, also the very popular and, dare I say, extremely cute, fireflies… they all shine when the lights are out, but now there’s a new cool and exciting thing that does it and it’s actually a really awesome bioluminescent lake in Australia. Yes, you did read well, there’s a lake that can glow in the dark, which just goes to show us that Earth’s wonders  never seize to amaze us.

Gippsland Lakes in Australia brought to our attention,  a rare, exciting and simply divine phenomenon called bioluminescence: which is actually the emission of light particles by living organisms, is actually a form of chemiluminescence that is produced naturally by a pigment called luciferin.

Fireflies have it, angler-fish have it and so does Noctiluca scintillans, which is more commonly known as the Sea Sparkle. A group of friends caught this beautiful and rare phenomenon taking place right under them. The glow in the dark effect was caused by a high concentration of Sea Sparkle, they gave the lake a bright, ether blue, fluorescent glow and an amazing sight for us to admire.

Take a look for yourself at these astonishing pictures of the bioluminescent lake. It kinda reminds us of the aurora borealis… what do you think? 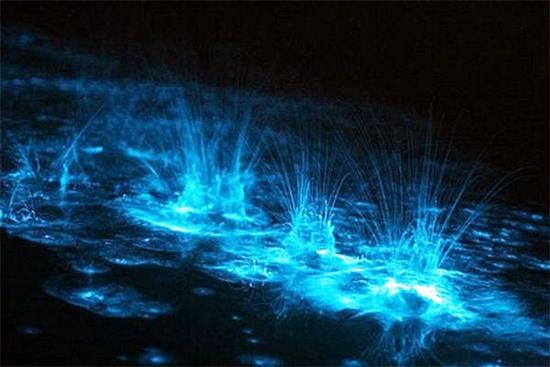 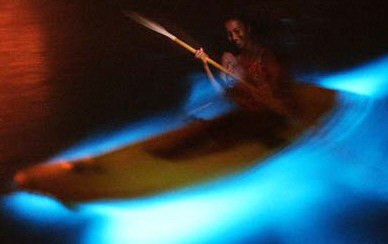 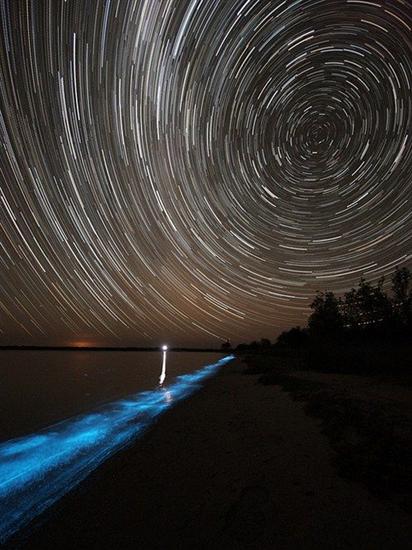 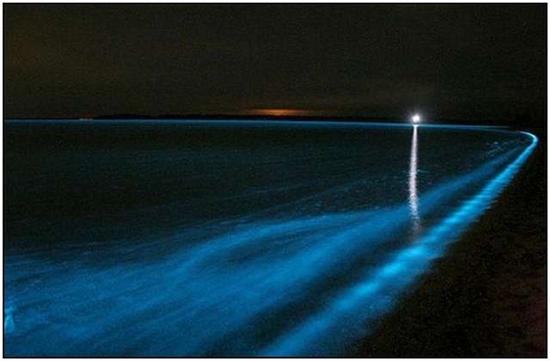