Most Wonderful Church in Barcelona 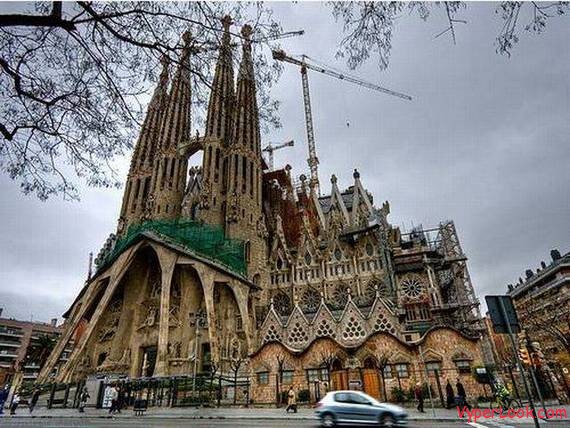 The Temple Expiatori de la Sagrada Família (official Catalan name, Catalan pronunciation: [səˈɣraðə fəˈmiɫiə]; Spanish: Templo Expiatorio de la Sagrada Familia; “Expiatory Church of the Holy Family”), often simply called the Sagrada Família, is a massive, privately-funded Roman Catholic church that has been under construction in Barcelona, Catalonia, Spain since 1882 and is not expected to be complete until at least 2026. A portion of the building’s interior is scheduled to open for public worship and tours by September 2010.
Considered the master-work of renowned Spanish architect Antoni Gaudí (1852–1926), the project’s vast scale and idiosyncratic design have made it one of Barcelona’s (and Spain’s) top tourist attractions for many years. The church is to be consecrated and proclaimed a Basilica  by Pope Benedict XVI on November 7, 2010, during his visit to Santiago de Compostela and Barcelona. 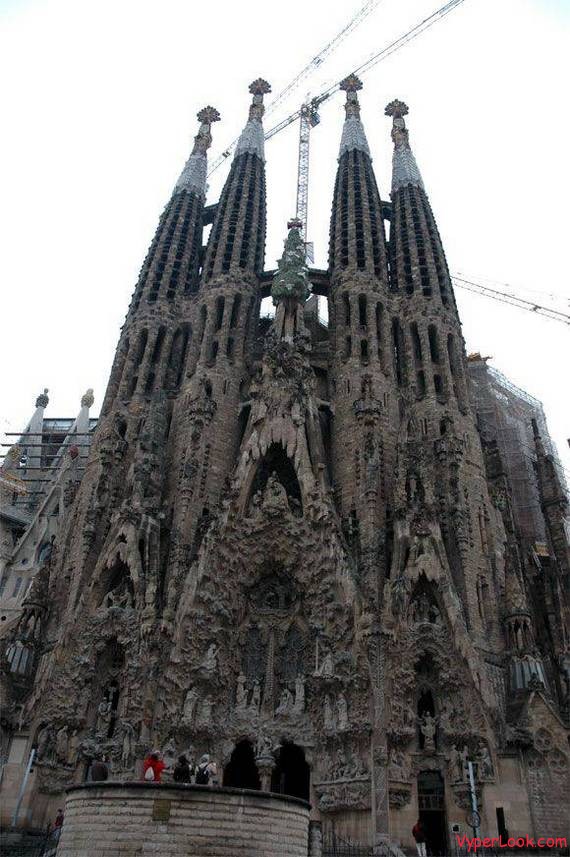 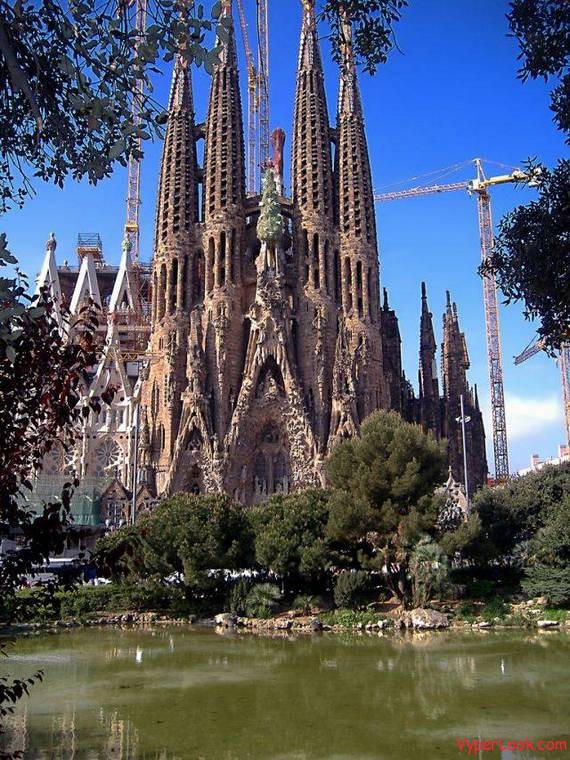