it is,but also grose .but still,it’s great that you can stick your gum there 😀 with so many gums 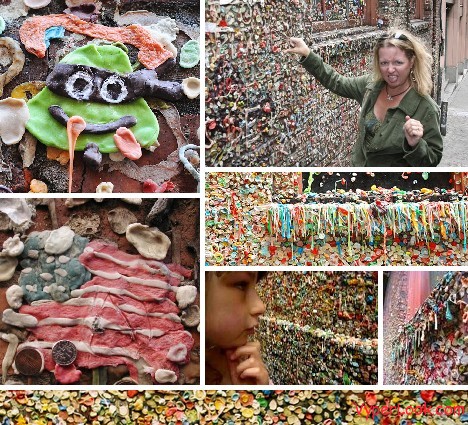 The Gum Wall is a local landmark in downtown Seattle, in Post Alley under Pike Place Market. Similar to Bubblegum Alley in California, the Gum Wall is a brick wall now covered in used chewing gum. The wall is covered several inches thick, 15 feet high for 50 feet.

The wall is by the waiting line for the Market Theater, and the tradition began around 1993 when patrons of Unexpected Productions’ Seattle Theatresports stuck gum to the wall. Theater workers scraped the gum away twice, but eventually gave up  after market officials deemed the gum wall a tourist attraction in around 1999.

People initially stuck coins to the wall using the gum, and some people create small works of art out of gum.

It was named one of the top 5 germiest tourist attractions in 2009, second to the Blarney Stone.[1][4][5] It is the location of the start of a ghost tour,and it is a popular site with wedding photographers.

A scene for the 2009 Jennifer Aniston film Love Happens was shot at the wall in 2008. 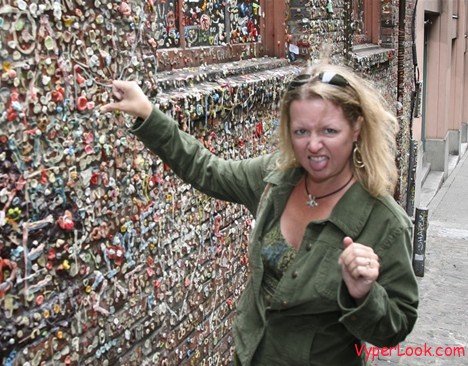 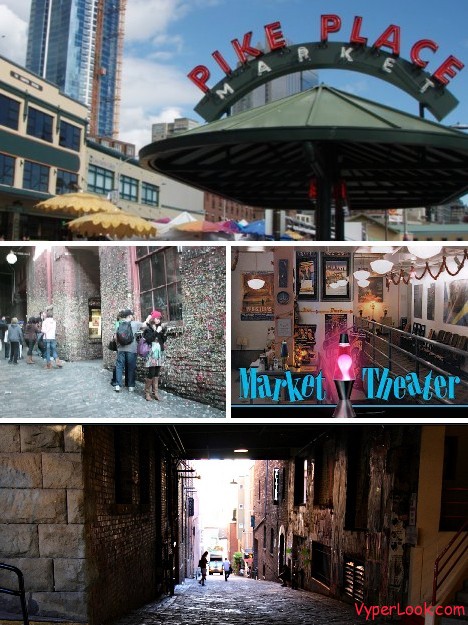 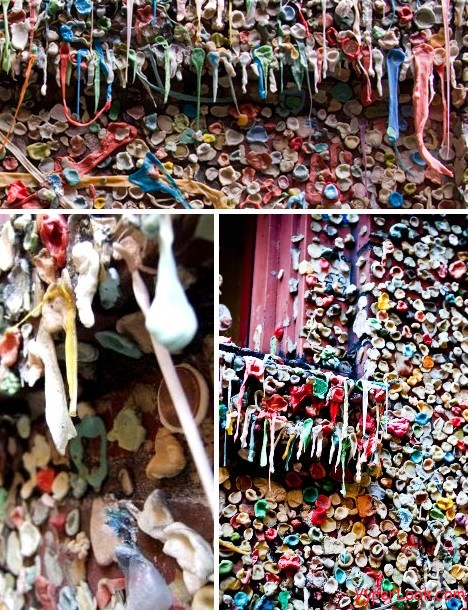 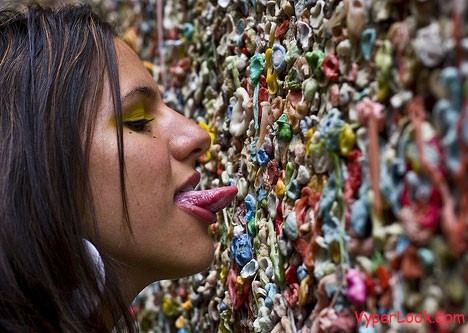