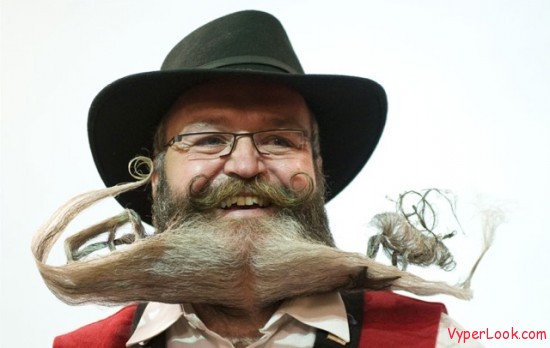 Some men grow beards in order to attract more women, others because it just makes them look good, but a few men, actually grow beards and mustaches  so that they can style them and enter in a competition called World Beard and Moustache Championship. This contest is all about facial hair and how it can be styled and shaped. This year’s competition was held in Norway, and the lucky winner got his prize because his beard was shaped like a moose, but he had really strong competitors, 160 people from different countries of the world entered their mustaches and beards in the contest. Now that’s quite a turn-up…

The 2011 winner, Elmar Weisser, is a a 3 year in a roll champion and this year his odd moose shaped beard won him the grand prize. His previous entries featured his beard being shaped as the Brandenburg Gate and the other prize he won, was due to his London’s Tower Bridge shaped moustache.

Below you can view a collection of the world’s weirdest and funniest beards and moustaches, which one would you pick to charm a lady with? 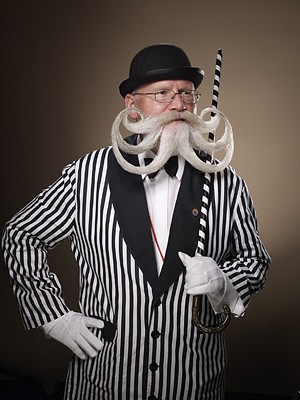 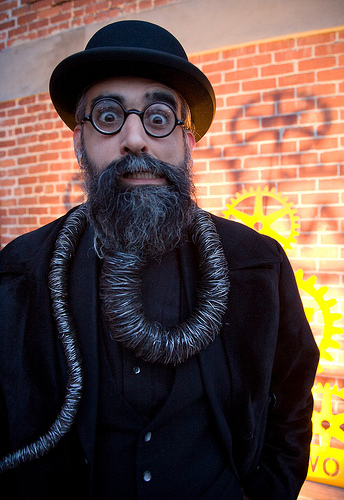 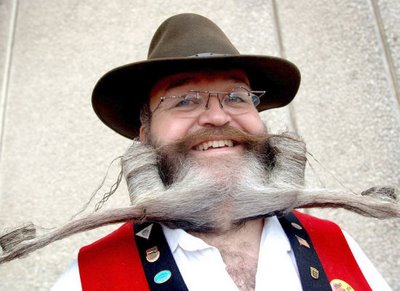 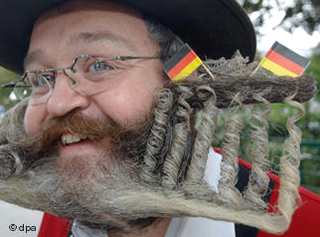 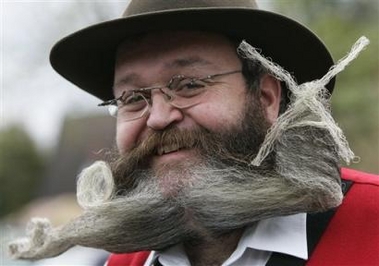 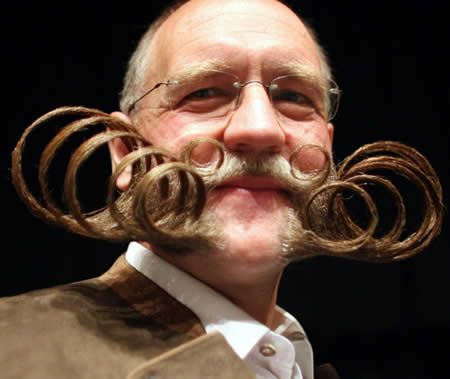