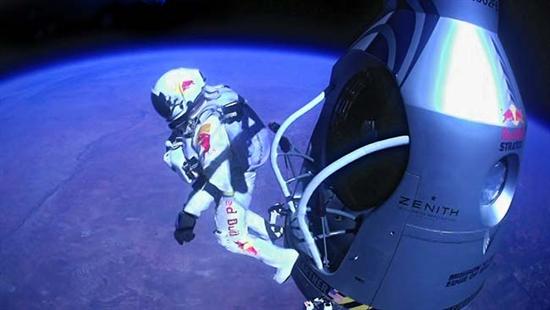 Amazing jump! That about sums daredevil Felix Baumgartner’s record breaking jump, which broke the sound barrier and wowed everyone. Not only was his speed so big, that he exceeded the speed of sound, but he also broke the record for the highest sky-dive ever! The Austrian daredevil Felix Baumgartner made the astonishing jump from a capsule that rose 24 miles (39 kilometers) above the Earth surface. What record-breaking speed did he reach, and how did his adventure end? Let’s find out!

This is a once in a lifetime opportunity! And Felix Baumgartner caught it! The 43-year-old EXTREME athlete, who is a former military parachutist took more than just your average leap of faith on a lovely Sunday afternoon, on October 14th, 2012. Baumgartner, from Austria achieved his life-long dream of jumping from the highest point possible… A helium balloon lifted him up to the 128,097 feet (39,044 meters) above the ground, higher than even he expected to go. 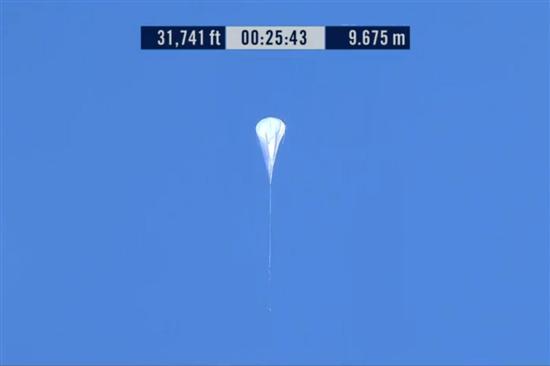 So what do you do when you’re 39 kilometers above the ground in a special suit and in a helium balloon that’s going up? You JUMP! And so did this daredevil. In his attempt to break the record for the highest jump, Felix broke the sound barrier, and it is considered that his top speed was 833.9 miles (1,342 kilometers) per hour, or 1.24 times the speed of sound. 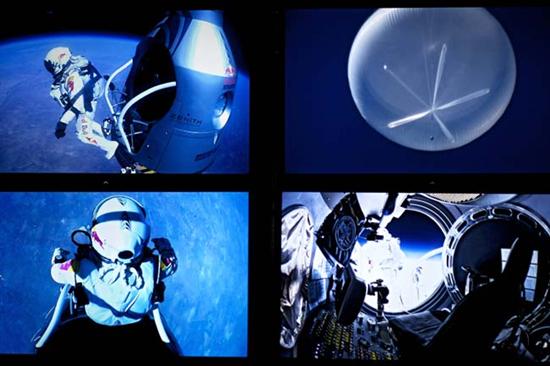 The ascend took more than 2 hours in total, but after he finally got there and jumped, the amazing skydiver was in freefall for four minutes and 20 seconds before letting his red and white parachute open. Baumgartner then floated down to the desert in the US state of New Mexico. 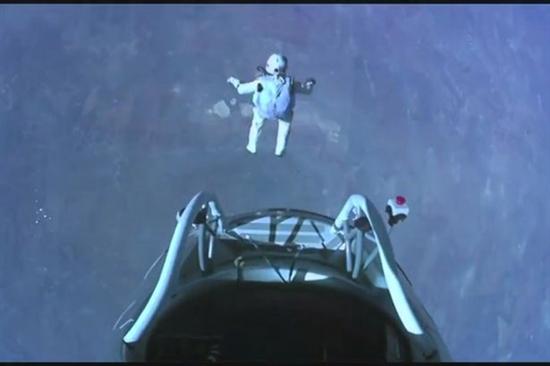 Felix also tried to set a new record for the longest freefall jump, but unfortunately, a problem with his helmet impaired his attempt. (something tells me, he might try to set a record for that pretty soon) 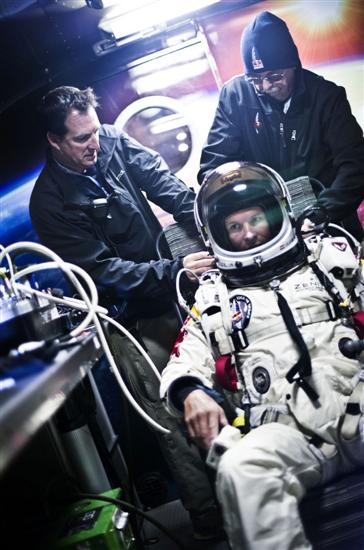 Right before taking the plunge, the daredevil declared that

“Sometimes you have (to go) up really high to (understand) how small you are.”

He was scheduled to jump from 120,000 feet, but the balloon went higher than expected.

After the jump, when he safely reached the ground, people were pretty anxious to know what had happened, what the jumper felt when he was tumbling down violently for a few moments:

The exit was perfect, then I started tumbling — I thought I’d get it under control, but then it really started. I really picked up speed, it got very violent. I thought for a few seconds I’ll fall unconscious. When you’re standing there on top of the world you become so humble… The only thing is you want to come back alive 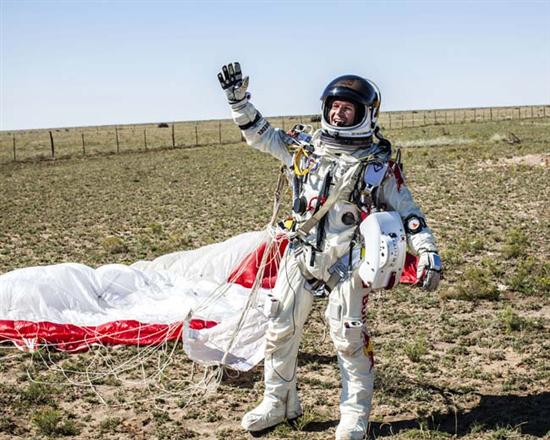 The Red Bull Stratos mission was the second attempt for the skydiver after an initial bid Tuesday was aborted at the last minute due to winds.

The risks of such a jump:

– The biggest threat that Baumgartner faced, was the possibility to spin out of control, which could have exerted excessive g-force and made him lose consciousness.
– Also, the temperatures of 90 degrees below zero Fahrenheit (minus 68 Celsius) could also have had tremendous consequences if his suit would’ve had an opening, or a failure of some sort. 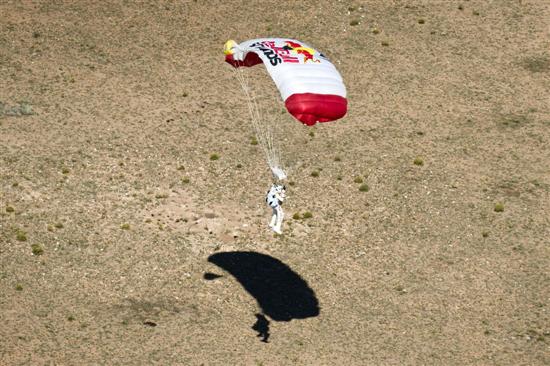 Amongst the Austrian’s ground team, was Joe Kittinger, who held set the previous highest freefall jump record from 102,800 feet in 1960. 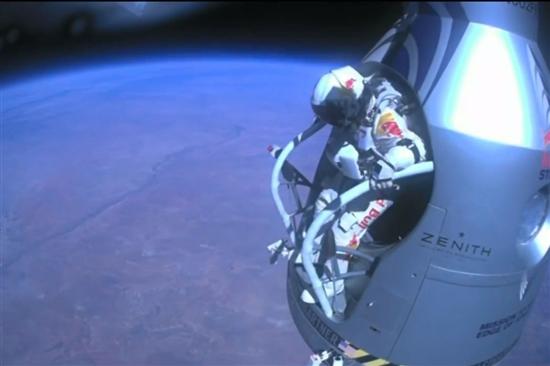 See below some videos with highlights of the amazing, record breaking jump!

Below you can watch the full conference held by Felix Baumgartner after he reached the ground.

And below you can see the full plunge: