It was a cruel winter all over the Europe! A fox was found frozen in a block of ice in Germany after drowning in Danube river. 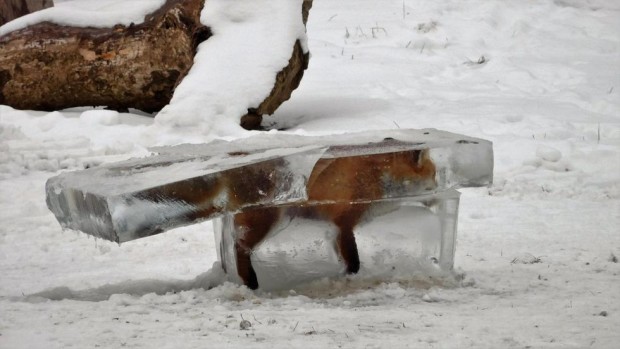 Incredible images appeared on the internet after a hunter discovered a frozen drowned fox caught in a block of ice. The fox drowned after trying to cross the Danube river near Baden-Württemberg, Germany.

The poor animal didn’t stand a chance in front of the cruel weather that hit the whole Europe in January 2017. The fox was found trapped in a block of ice by a local resident Johannes Stehle. 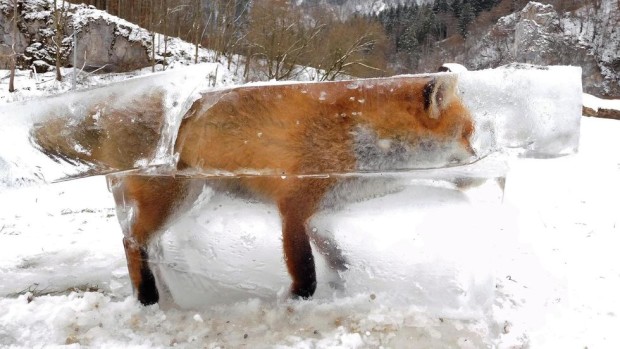 Here you have a video with the sad and awful discovery of the frozen fox.