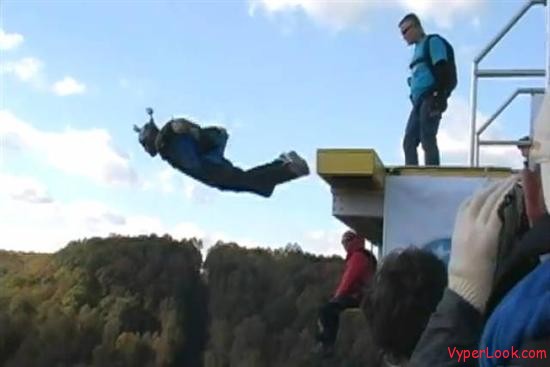 It takes a lot of courage to jump off a cliff, even if you do have a parachute, but imagine falling 875 feet down in to a river while your shoot isn’t opening and your safety spare opened too late. The man you are about to see in the video did just that, and fortunately, the divine Providence gave him another lease on life. After unknowingly plunging to his death, the brave jumper landed in the water, but the extent of his injuries remain unknown. But how did he end-up trying such a risky jump?

Well he did it on Bridge Day, which is an annual meeting held at the New River Gorge in West Virgina. Bridge day is the only time of the year where BASE jumping and wing suit flying is legal at the bridge. A base jumper dressed in a wing suit encountered a malfunction and hit the water at almost full speed. Reports throughout the day went back and forth from him making it to not not making it alive, but fortunately, the story had a happy ending in which the jumper survived the fall. Have a look at some pictures taken on the day of the event, and the frightening video of a man jumping off an 875 feet bridge. 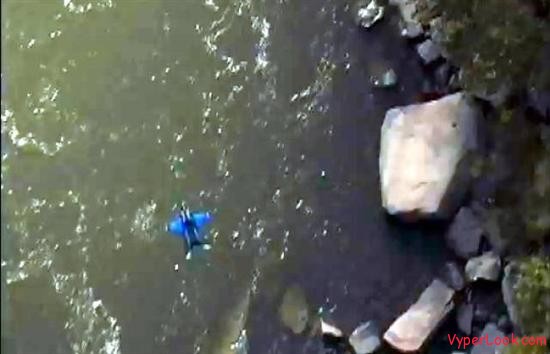 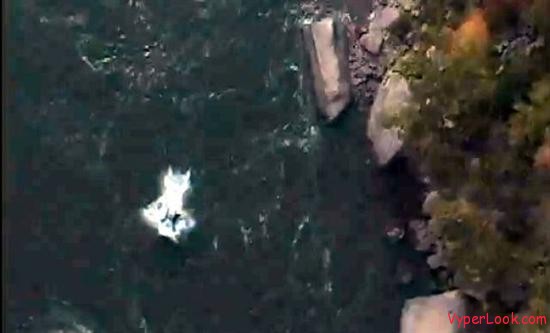 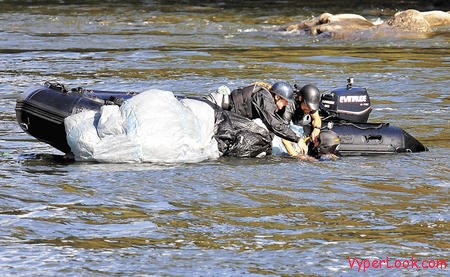 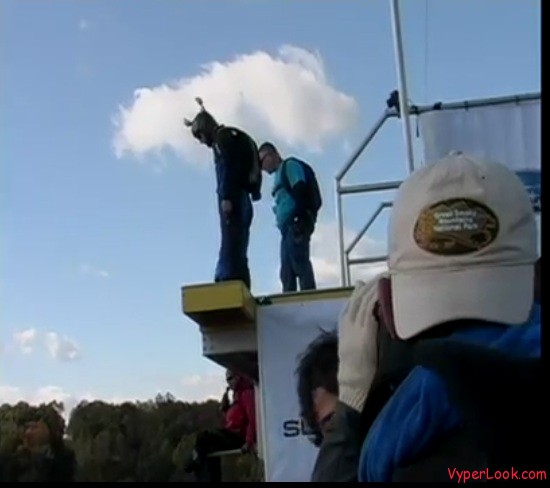 Update:
It was later confirmed that the jumper DIED after the jump. The jumper was named Brian Lee Schubert and he was 66 years old. He was a retired police officer and he had been doing BASE jumping since 1966.
May he rest in peace!