A 37-years-old Mexican turned into a an incredibly scary real life Red Skull after extreme plastic surgeries! His red skull is real, after numerous plastic surgeries. He spent over £30,000 in order to become the evil Nazi villain Red Skull, from the Marvel comics. This guy is as mad as a hatter! 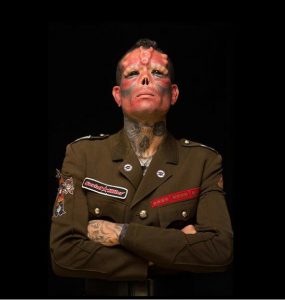 Henry Rodriguez, a 38 years-old father now,  had this super insane idea and has gone to extreme lengths to transform himself into Red Skull, a Marvel character. This shit is so scary dude! 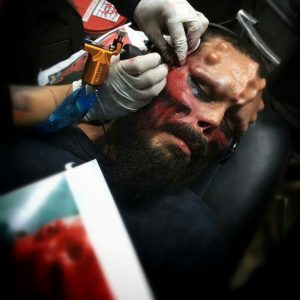 Not only that he has undergone painful plastic surgeries, he also had subdermal implants on his forehead, a part of his nose cut off and his face tattooed in black and red colors. 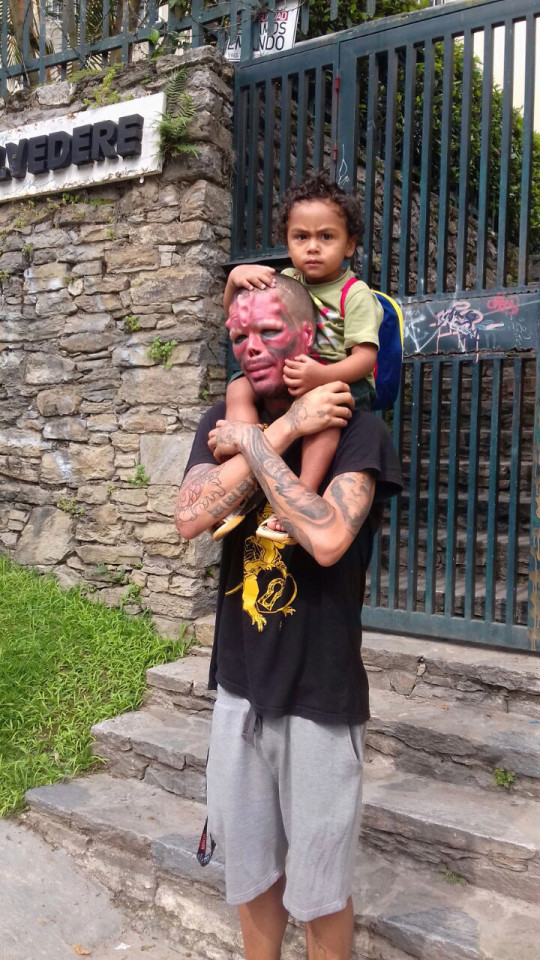 His son, Aron is only 4 years old and for the moment he doesn’t seem so bothered by his father look. He scares the shit out of people but his son loves him no matter how he looks. Maybe he’ll realize later that his father is crazy as hell. 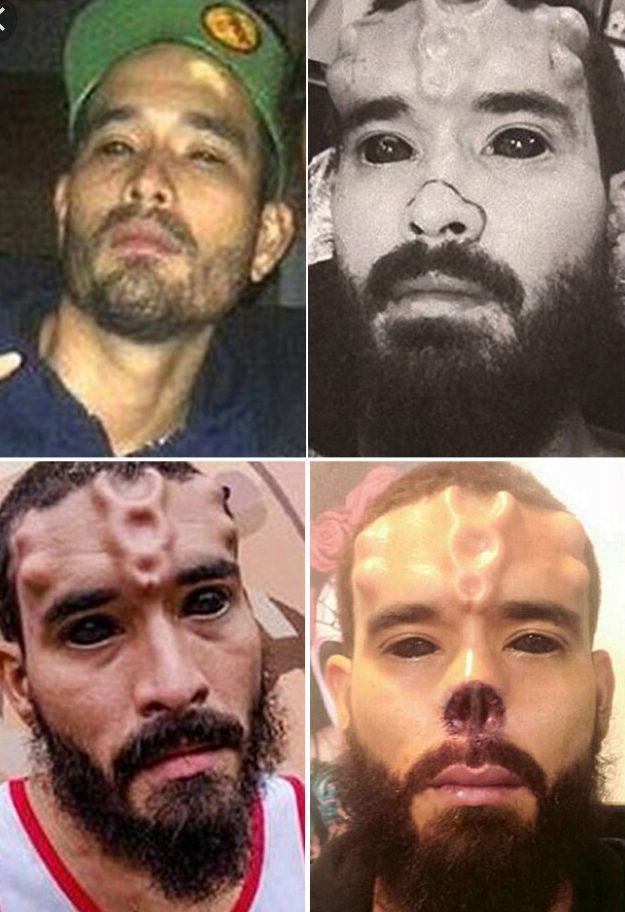 Emilio Gonzalez, Henry’s surgeon said that before he has undergone all these transformations he had complete a number of physical and psychological tests. Well, not everybody who does such things is mentally healthy,  but this dude is a physically and intellectually healthy person according to tests.

Check out the video with all the body modification Henry made.