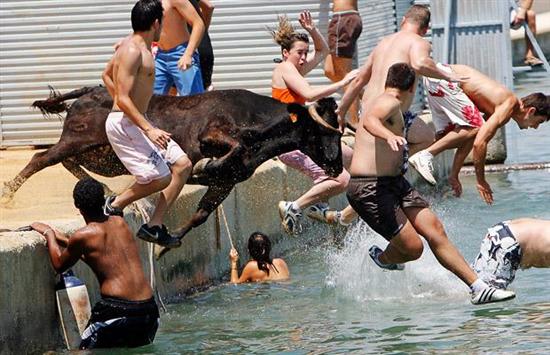 Bullfights are always amazing and even shocking, but sometimes bullfights go wrong and instead of being the entertainment, the bull turns into terror and attacks the matador or, in the worst cases, even the spectators in the crowd. Let’s have a look at some at some of the most interesting turns of events in the famous, but somewhat horrific bullfights.

When watching a bullfight, we can’t help but feel a bit angry for what happens to the poor bull just for the amusement of humans. The animal goes trough a great ordeal before being slayed and for what? A litle bit of adrenaline rush for those who stay in the crowd and take part of an old tradition…
Well, traditions should be changed if they are bad or cruel, and bullfighting, is more like cruelty towards animals rather than fun and games… That being said, those of us who feel bad when watching a matador stick a special type of sward into the bull, can’t help but feel some sort of joy when the bull fights back, and the matadors gets what’s coming to him.
Unfortunately, sometimes the raging bull ends up hurting the matador, or even killing him. Let’s watch some of the most shocking videos from the traditional bullfights: 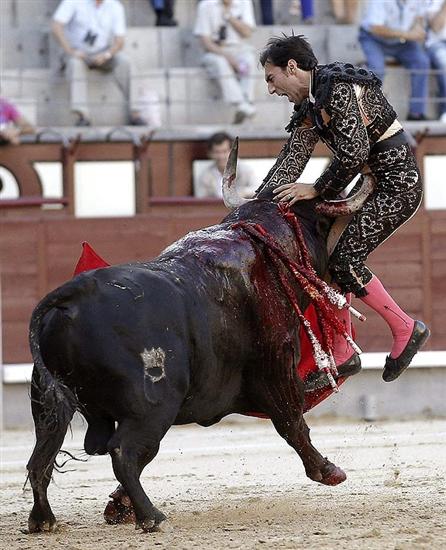 Veteran matador, Fernando Cruz has been a well renown bullfighter, having killed a large number of bulls in his career, but apparently, all of the killings finally got to him. There is an old saying that goes like this: “You mess with the bull, you get the horns”, well, at his most recent corrida, after being tortured for a very long time, the bull had the last laugh and, unfortunately, Cruz was pierced by the animal’s horns, suffering severe injuries to the abdomen and hips.

Be advised that the video below contains graphic images, viewer discretion is advised:

Below you can view another series of shocking video of bulls striking back and attacking those who tried to get them mad. As you will see in the video below, all of the bull fighters make it out alive, but with pretty bad injuries:

Yet another close call for the matador in this next video. You can see him luring the bull with the traditional cape, but in a moment when he wasn’t paying attention, the bullfighter turned around and slipped, being an easy target for the mad bull, luckily, he made it out alive: 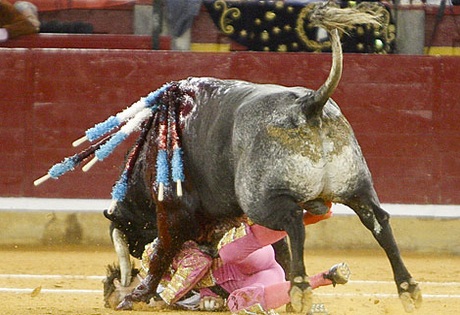 Another famous bullfighter gets payback from a raging bull who gores him in the face causing severe damage:

Believe it or not, despite the gruesome video and damage suffered, Matador Juan Jose Padilla made it out alive and lived to tell the story. He did however lose an eye and the half of face which was gored is now paralyzed, but seriously, after seeing this video, would you have expected the matador to be alive? See some pictures of him below, after being gored by a bull: 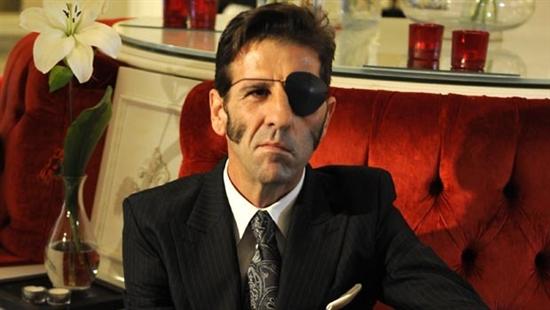 And what’s even more shocking is the fact that he came back o bullfighting… I guess he just didn’t learn his lesson the first time. See him fighting below: 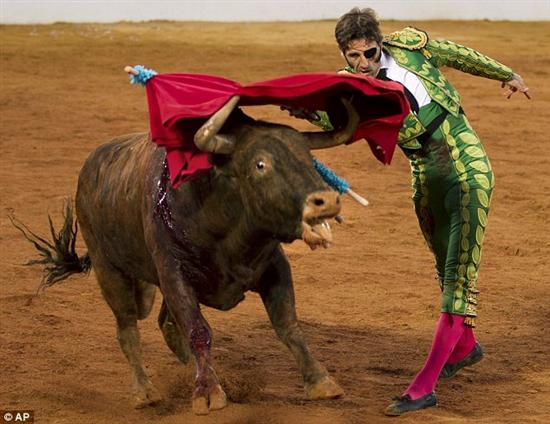 See below a similar case, that of Julio Aparicio being gored by a raging bull 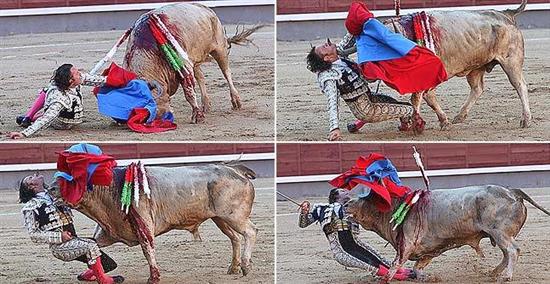 Julio Aparicio was gored by a bull back in 2010 and surprisingly made a full recovery after the bull’s horns pierced his throat and came out his mouth. See a video below of the whole incident:

And this is now he looks recovered: 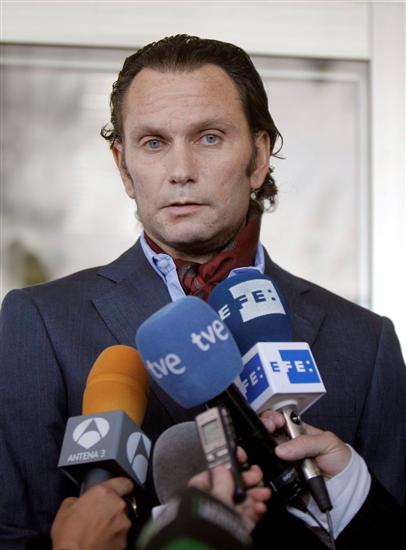 So after seeing these videos, let’s hope people will think twice before hurting innocent animals.