Most Amazing Bridges In The World 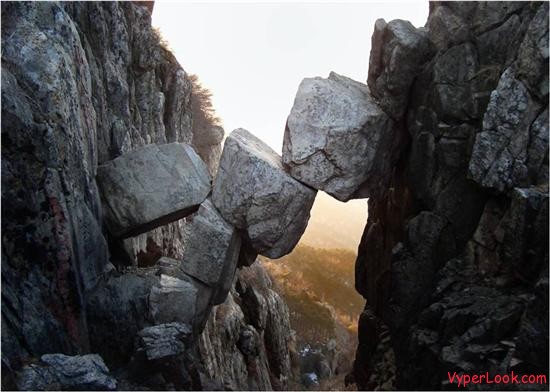 Bridges are supposed to a safe way to get from one side to another… or are they? Judging by this collection of awesome bridges you might get the impression that some of themare not really as safe as one would think. From bridges made out of rocks to others made from nothing else but rope… they’re all cool and scary at the same time,so check them out and be sure to put them on your “to visit” list. 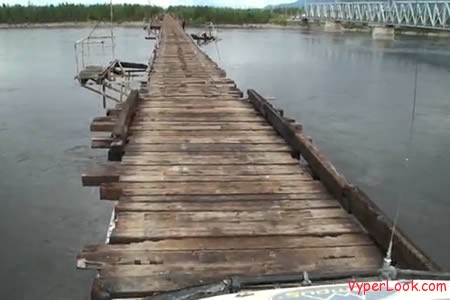 This is probably one of the most dangerous bridges to cross… it’s 570 meters long and only wide enough for one car. Yes, you did read correctly, this bridge is for cars and if the driver is not so good, he might end up in the cold waters of Vitim River, only after a 15 meter drop, not a pretty fall.

Mount Tai from the Shandon Province in China is a place with an extremely signiicant religious value, it is associated with the renaissance, birth and dawn. The bridge is composed of 3 gigantic boulders and some other smaller ones. It’s most likely that they fell to form this bridge over an abyss sometime during the last ice age… now that’s really amazing.

The Old Bridge of Konitsa (Greece) 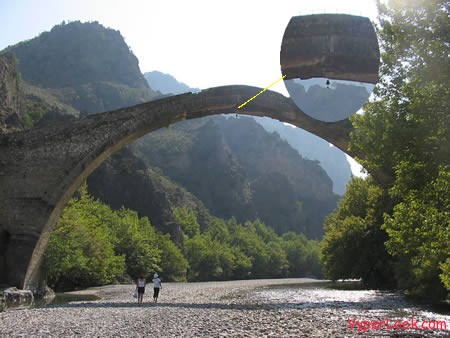 This bridge is a few centuries old and it stretches over the Aoos  river, hanging from the bridge is a bell, that indicates if it’s safe tocrossor not, cause during the winter the river banks are full and if the wind is strong enough to ring the bell, it’s not safe for passers.

This bridge is actually a rope suspension near Ballintoy smewhere in Northern Ireland. Crossing the bridge when it’s windy is probably one of the most terrifying experience a person can have.

These old bridges were made by the Inca people over large canyons and valleys and only pedestrians could cross them. They were supposedly used by Chasqui runners on their quest to deliver messages, sort of like modern fed-ex. 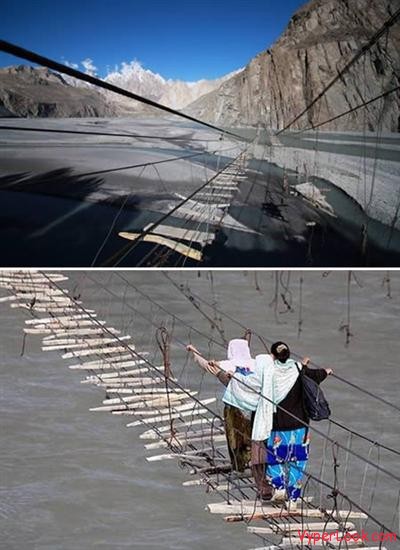 Take a look at how “safe” this bridge looks… the Hussaini Hanging Bridge is one of the most dangerous bridges in the world and it’s situated in Northern Pakistan.