The Person Who Must Eat Every 15 Minutes To Stay Alive 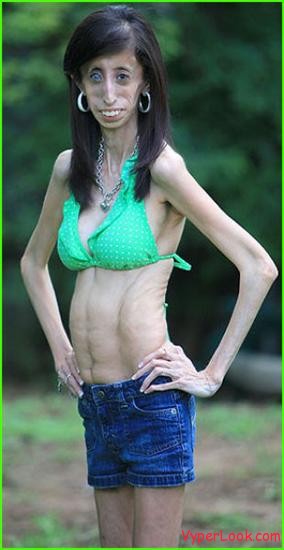 Lizzie Velasquez weighs just 56lbs and has almost zero per cent body fat but she is not anorexic. In fact, the 21-year-old from Austin, Texas, must eat every 15 minutes to stay healthy. Miss Velasquez has a rare condition which prevents her from gaining weight even though she eats up to 60 small meals a day.

Despite consuming between 5,000 and 8,000 calories daily, the communications student, has never tipped over 60lbs.

“I weigh myself regularly and if I gain even one pound I get really excited,” said 5ft 2 ins Miss Velasquez, who wears size triple zero clothes. 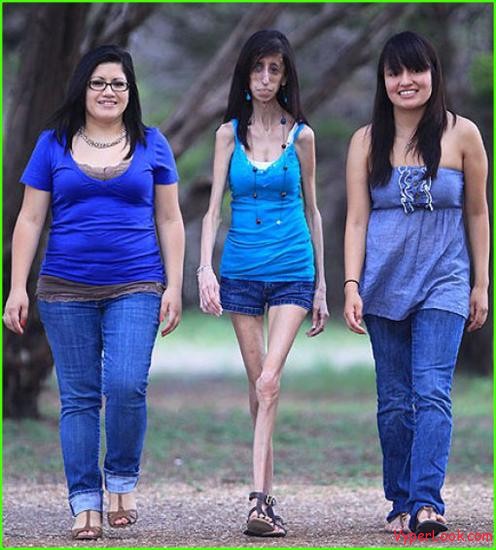 “I eat small portions of crisps, sweets, chocolate, pizza, chicken, cake, doughnuts, ice cream, noodles and pop tarts all day long, so I get pretty upset when people accuse me of being anorexic.”

She was born four weeks prematurely weighing just 2lb 10oz. Doctors found there was minimal amniotic fluid protecting her in the womb.

“They told us they had no idea how she could have survived,” said Miss Velasquez’s mother Rita, 45, a church secretary.

Doctors speculated Lizzie might have the genetic disorder De Barsy syndrome but soon ruled it out as it became clear she did not have learning difficulties.

“They kept on trying to figure out what was wrong with her but we treated her like any other child,” said Mrs Velasquez, who charted her daughter’s health in dozens of notebooks.

She was taken to see genetic experts but they still could not diagnose her.

Miss Velasquez’s case has fascinated doctors all over the world and she is part of a genetic study run by Professor Abhimanyu Garg, MD, at the University of Texas Southwestern Medical Center in Dallas.

Professor Garg and his team now believe Lizzie may have a form of Neonatal Progeroid Syndrome (NPS) which causes accelerated ageing, fat loss from the face and body, and tissue degeneration. People with PRS often have triangular and prematurely aged faces with a pointy nose. 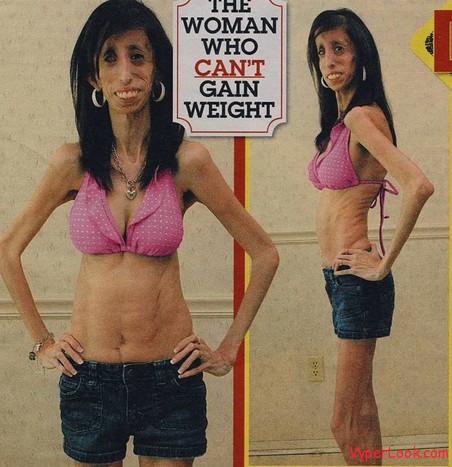