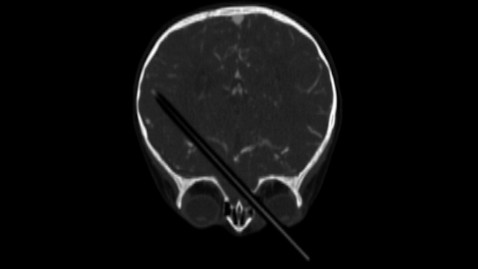 Olivia Smith, a two year old toddler is very lucky to survive an extreme accident. A pencil went through her eye socket straight inside her brain! The 19-month girl had a pencil logged in her head, and she escaped without any damage at all. Find out how the pencil got in her brain, and the rest of Olivia’s story right here.

A normal day in the life of a two year old toddler turned into a nightmare when a simple coloring pencil pierced the little girl’s brain. Little Olivia was practically impaled by the sharp drawing tool and, surprisingly enough, she lived to see another day. And we mean literally see it! 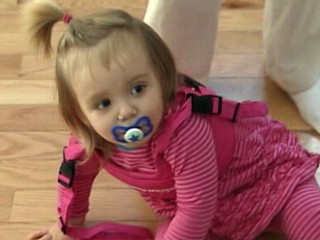 The whole incident will make any parent throw away every single pencil and coloring book in the house! Olivia Smith lives in New Boston, N.H, and while she was quietly coloring in the living room, on January 6th, 2013, she accidentally fell of the sofa. While she fell, the wretched coloring pencil somehow pierced her right eye socket, sectioned both her brain hemispheres and lodged itself there. 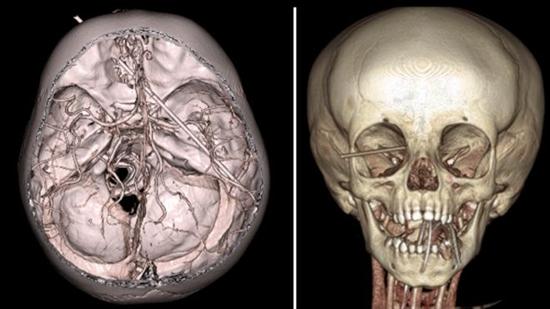 Now we know what you’re probably thinking… the little girls had toddler-sized coloring pencils, and we’re dealing with a small colored pencil. Well, think again! Cause the “culprit” was a 5-inch-long utensil! It’s amazing how a pencil that big could even fit in a 2-year-old’s little head, but surprisingly, it did.

Lets take a moment here to analyze the miracles involved in this story:

– the little girl fell from a high, and potentially dangerous place onto the floor
– a sharp object entered her eye socket, missing the eye by a few millimeters
– the pencil missed the optical nerve and all of it’s branches
– the same sharp object entered the right side of her brain missing every important blood vessel
– the pencil then went on piercing her brain and missing blood vessels till her left hemisphere, where it stopped just below the girl’s left ear 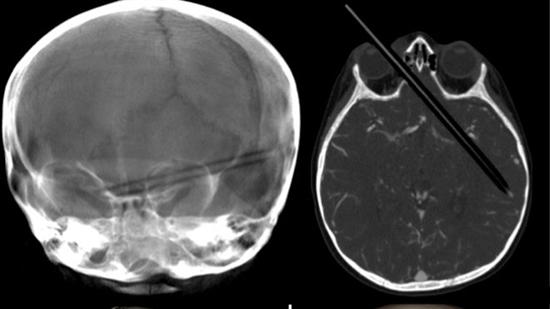 When Susie Smith, Olivia’s mother, came back into the room, she only saw the tip of the pencil and assumed that a pencil had simply broken it’s tip. Her parents had no idea that the whole 5 inch pencil as entirely in her head. Luckily, the girl managed to convince them that sh had a crayon in her head.

Olivia was taken to the hospital, and when the doctors realized the severeness of the problem, the flew her by helicopter to the Boston Children’s Hospital. 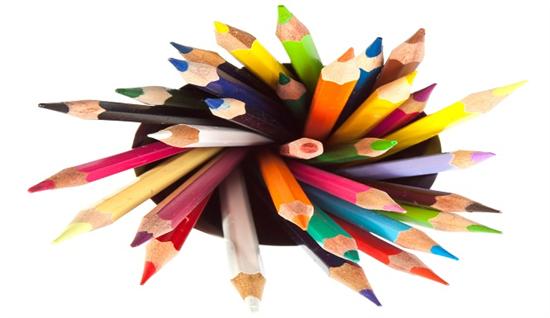 The scans taken at the hospital revealed that there was no intracranial bleeding. Just to be sure, the doctors analyzed the situation from numerous angles and with several contrast substances to confirm that there are no other splinters into the toddler’s brain. After all of the test results amazingly revealed that the pencil had caused absolutely no damage, they proceeded to take it out. 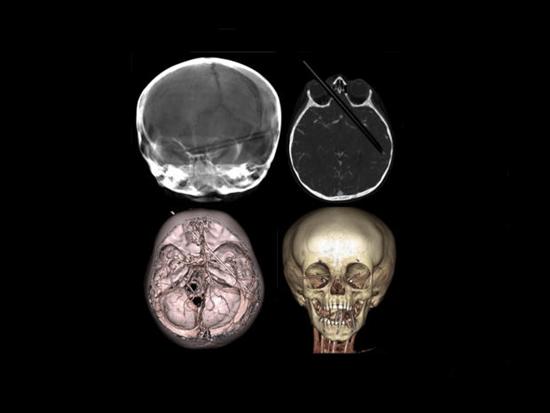 A team of 50 doctors took the pencil out millimeter by millimeter throughout a long and tiresome procedure, but the result was a perfectly healthy 20-month-old girl which is expected to make a full recovery. Lucky girl is the understatement of the year when it comes to this lil’ girl.

See more pictures of Olivia below. 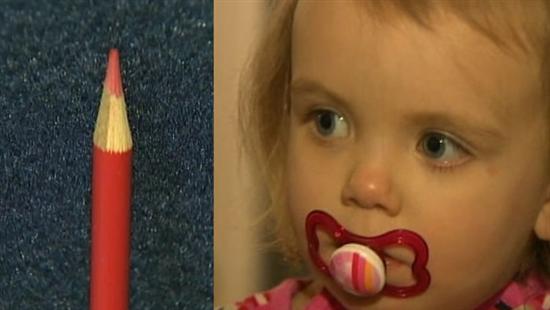 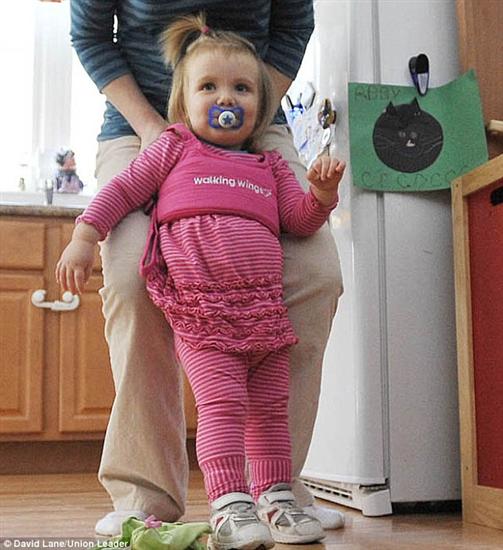 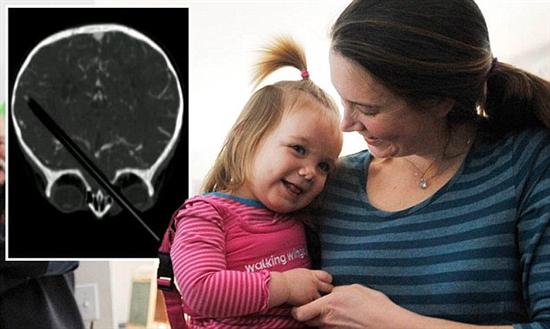 And below is a video of this extreme medical case of a toddler who survived after her brain was pierced by a sharp 5 inch pencil.