52 Reasons To Have A Beer Over A Woman 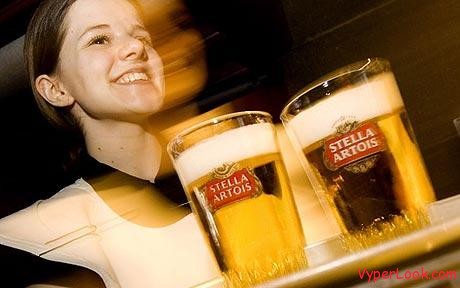 To make it clear : personally i don’t  agree with these,i like beer but if i would have to choose i would choose a women 🙂 but still,this is funny,and even real for those who really love beer . Cheers !

1. You can enjoy a beer all month long.

3. You don’t have to wine and dine beer.

4. Your beer will always wait patiently in the car while you play football.

5. When your beer goes flat, you toss it out.

7. A beer doesn’t get jealous when you grab another beer.

9. Beer labels come off without a fight.

11. Beer never has a headache.

13. A beer won’t get upset if you come home with another beer.

14. If you pour a beer right, you’ll always get good head.

16. You can have more than one beer in a night, and not feel guilty.

18. You always know when you’re the first one to pop a beer.

24. If you change beers you don’t have to pay alimony.

25. You don’t have to wash a beer before it tastes good.

26. You can’t catch social diseases from a beer.

27. When you’re interrupted by a beer, it’s for a good reason.

28. A beer is always satisfying.

29. A beer gets lighter the longer you hold it.

32. No matter what the package, a beer still looks good.

36. The only thing a beer tells you is when it’s time to go to the bathroom.

37. You are never embarrassed about the beer you bring to a party.

38. It’s okay to leave a party with a different beer than you arrived with.

45. Beer doesn’t care how much you earn.

47. Beer won’t complain about your choice of vacation.

48. Beer doesn’t care if you go to sleep right after you’ve had it.

49. Beer is happy to ride in the trunk of your car.

50. You never have to promise to respect a beer in the morning.