A funny video with a woman driver running after her car, wich went down and hit a wall, almost killing a man! A woman forgot the handbrake to her expensive Bentley and so the car rolled forward, slammed into a wall and almost killed a man. 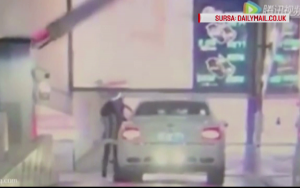 As you all might know, women suck when it comes to driving a car! ( at least some of them). The pictures below are going to arouse some laughter, so check it out! 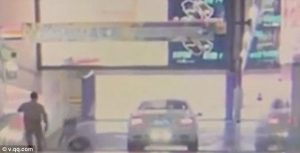 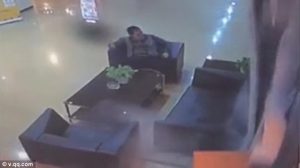 The funniest part, or maybe not so funny… Is this guy below! He was chilling, drinking his coffee having a normal day, when suddenly… 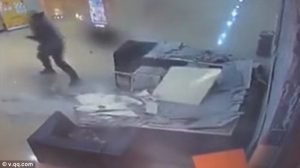 A luxurious Bentley hit the wall and a section of the wall collapsed on the spot where the man was relaxing. This guy has some good reflexes as he managed to get to safety in the nick of time. Lucky you, dude!

Check out the full video!

The woman had to pay some money for the damages, but I guess it wasn’t such a big problem if she owns such an expensive car!

Oh, by the way, as a reminder for all women who drive: Girls, if you don’t to hurt yourself and ruin your shoes by running on high-heels, remember to pull up your handbrake!