A ridiculous case: In 2014 a Saudi Prince bought plane tickets for his 80 giant falcons! His arrogance was criticized by lots of people via the internet. We all know the Saudi royal family has a lot of money… to spend of shitty things. 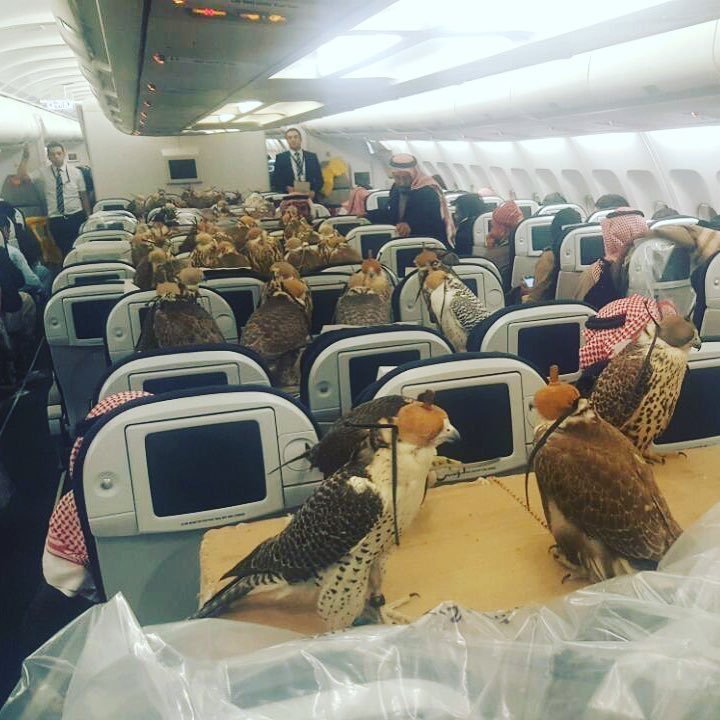 In 2014 a Saudi Prince bought airplane seats for his 80 giant falcons! Transporting falcons in the middle-east is not exactly abnormal, but still… Buying 80 plane tickets for falcons is a crazy idea no matter what!

This super rich Prince thought that his falcons deserve the best treatment in the world, so why not to be transported on a plane? The falcon is also the national bird of the UAE, so it makes sense that airlines accepted this kind of folly.

Those images went viral pretty quickly and the Prince arrogance was criticized by a lot of people. Qatar Airlines said that as a passenger you need to expect to share your cabin or sit with falcons because it is a very common practice in middle-east.