Hillarious video of a Car Plunging Into the River’s Water, on its Own, because the careless driver turned into a stupid one, after he left his car into gear, reverse on the wayside, and when tried to stop it he actually accelerated! 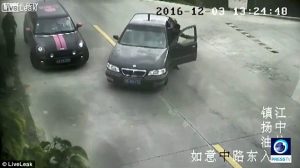 Are you having a bad day? Well, if your car didn’t fall into a river because you mistook the gas pedal as the brake, then you are just fine mate! 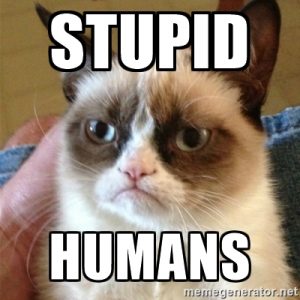 This careless driver had a really shitty day after he forgot to pull up his handbrake! While the guy was talking to his friend, his car easily started to slide backward. This nut-head attempted to stop the car, but unfortunately, he mistook the gas pedal as the brake! Check out how it happened… 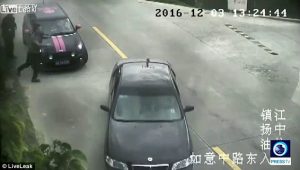 Well, you did catch it, but I guess you just don’t know which is the gas pedal and which is the brake because this is what happened! 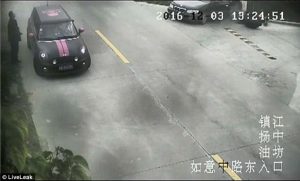 Not only that his car fell into the river, while it was reversing backward, the car also knocked down a motorbike that was passing by behind it. That’s what I call a really, really bad day! Luckily for Zhang (the nut-head), the water wasn’t so deep, so he managed to climb on the shore. The motorcyclist wasn’t hurt but I’m sure he is going to make some money by suing Zhang.

Check out the full video!