Super crazy video with a teenager who jumped in front of a moving subway train! Insane or not, this is what happened! 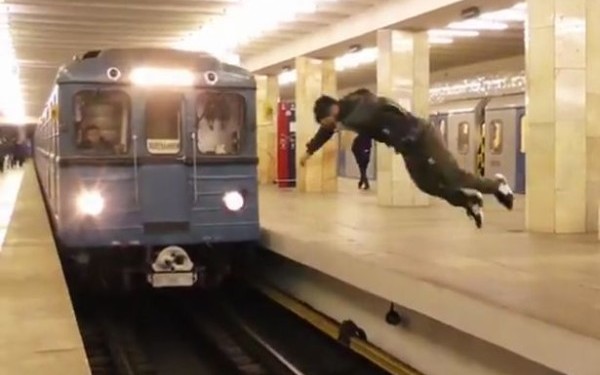 This crazy kid just had the stupid idea to commit suicide… kidding! He dodged death after jumping from a platform to another within seconds before the subway train hits him.

Parkour is well-known as teenagers obsession, and there are plenty who risked their lives doing crazy jumps like this guy. This defiant guy comes from Moscow, Russia, and I guess he loves trying to die every day!

He made sure that people will not recognize him after wearing a scarf on his face and uploaded the insane video on the internet. The footage raised over 1 billion views pretty quickly.

Check out the crazy moment!