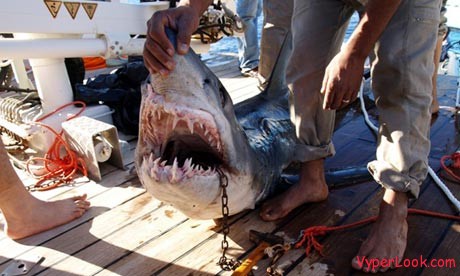 The shark believed by the Egyptian environment ministry to be behind earlier attacks on tourists in Sharm el-Sheikh.

A 70-year-old German tourist died after being mauled by a shark off the Egyptian resort of Sharm el-Sheikh today – the latest in a series of shark attacks in the Red Sea over the past five days.

According to security officials quoted by the Associated Press, the woman’s arm was severed in the attack and she died within minutes. 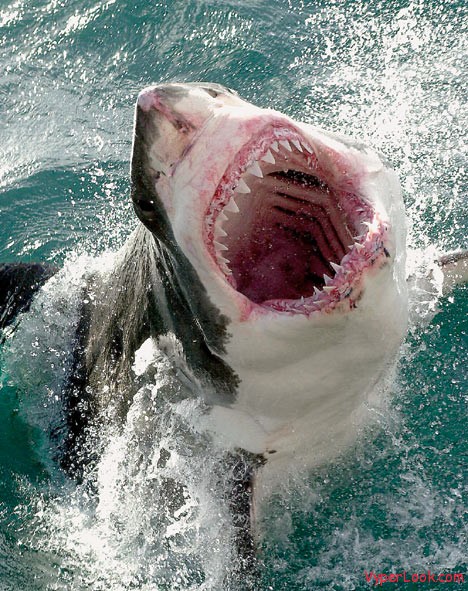 Last week three Russians and a Ukrainian were badly injured.

The Egyptian authorities had said they were confident that the capture and killing of two sharks on Thursday had eliminated the threat to swimmers. 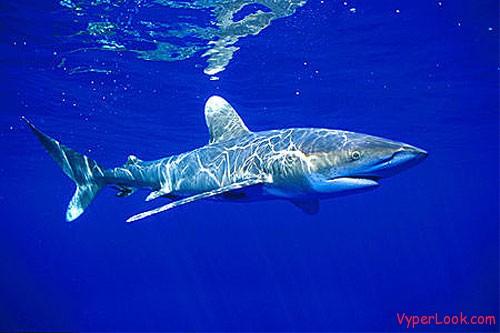 A 48-hour ban on entering the water had been lifted yesterday but all watersports, except for diving sites, have been closed again following today’s attack.