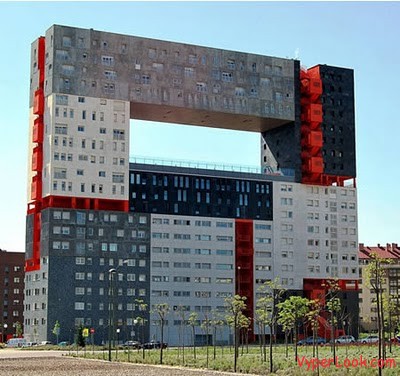 The construction of the Ryugyong Hotel, in Pyongyang, started in 1987 and stopped in 1992 due to lack of funds. The basic structure of the building was finished but without any elevation, creating this monster. 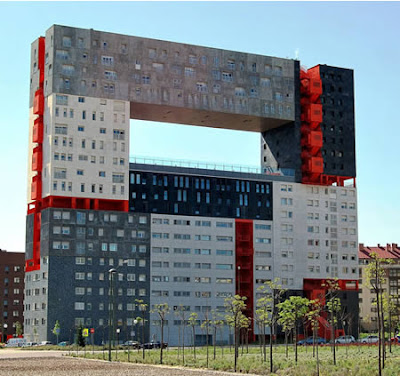 The Edificio Mirador in Madrid, Spain, was developed by Dutch architects MVRDV. The building reaches 63.4 meters in height with 21 stories. The highlight of this building is the large central hole which is 36.8 meters above the ground. It’s the large lookout area that provides inhabitants with a community garden and a space from where they can contemplate the skyline.Different colors represent different blocks with its own planning, which offer at least 9 different types of apartments. 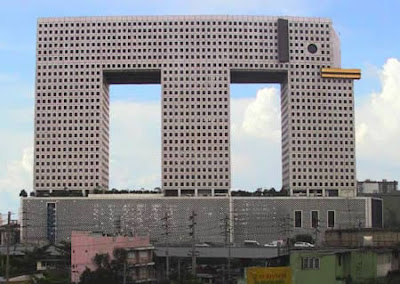 The Elephant Building is a a high-rise building located on Paholyothin Road & Ratchadaphisek Road in Bangkok, Thailand. 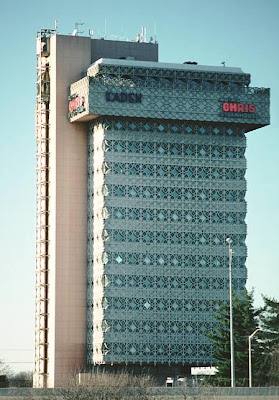 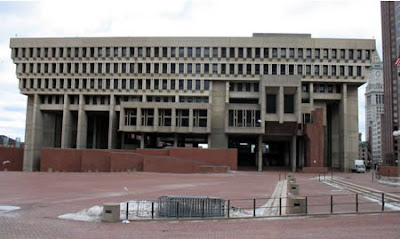 While the Boston City Hall, in Massachusetts, USA, was hip for it’s time, the concrete structure now gets routinely criticized for its dreary facade and incongruity with the rest of the city’s more genteel architecture. Luckily, it’s very close to more aesthetically pleasing attractions. 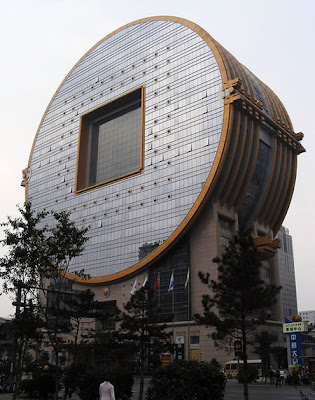 Finished in 2001 in the northeastern capital of Liaoning Province, The Fang Yuan Building, Shenyang in China, is a weird mishmash of ideas. One is a reference to old Chinese coins, which have square cutouts—just like the structure’s square center. Other parts of the design are like a garden-variety corporate building, with a concrete base and, on the sides, steel rims with glass grooves.

Upon it’s completion in 2006 the 6,000 room First World Hotel was the largest hotel in the world. Situated in Malaysia’s large resort of Genting Highland, Pahang the building is more evident of a 1960’s Secondary Modern School in which the kids have been let loose with a paintball machine. 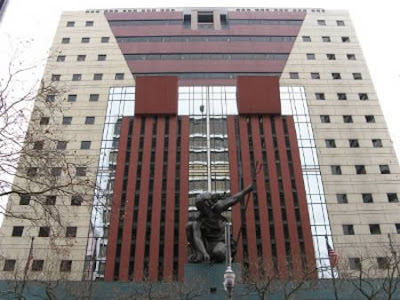 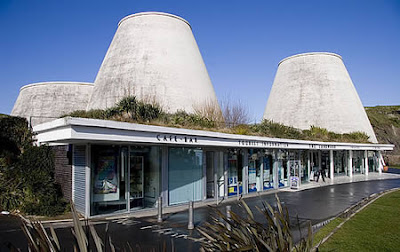 Set amongst the picturesque fishermens cottages in the coastal town of Ilfracombe, Devon, one is rendered speechless by the sight of the Landmark Theatre built in the primest of locations on Ilfracombe’s seafront. More reminiscent of a couple of old gas towers than a theatre, my first impression of this was to ask my companion, when will they be pulling these down then? Apparently there are no plans for it’s demolition yet, maybe I could go for a crime against the landscape charge instead. 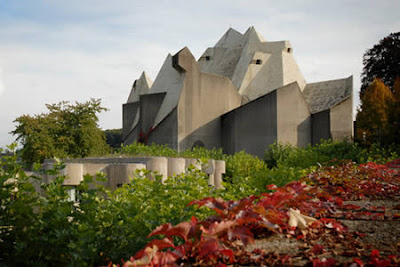 Built between 1968 and 1973 this building, The Pilgrimage Church in Neviges, Germany, made designer Gottfried Bohm a household name and the eyesore was considered his most important work, makes you wonder what the rest of his stuff looks like. 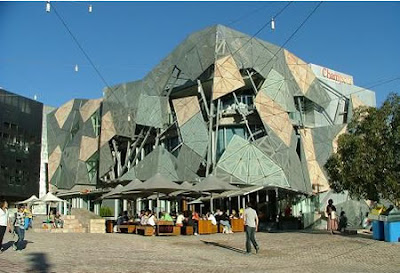 Meet the Federation Square, in Melbourne, Australia. Designed by local architects Don Bates and Peter Davison, they certainly gave it a face only a mother could love. 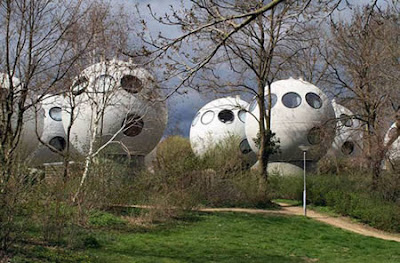 [ad#Google Adsense-5]
In the late 1970’s architects in Hertogenbosch, in the Netherlands, were given free reign to build 50 futuristic houses known as bolwoningen – roundhouses -, with a view to building more if the idea took off. Fortunately for the small European nation, these ugly little monsters, that resemble a ball cock from inside a toilet cistern, failed to get local support, leaving any plans for more of their ilk readily available to be hidden in the nearest toilet cistern.