Biggest Family In The World 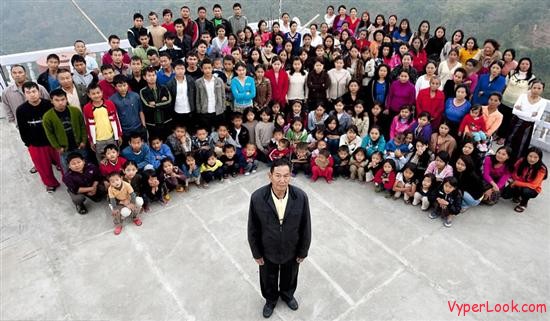 Biggest family in the world lives in BAKTWANG, India. A man called Ziona Chana has 39 wifes and 94 children: a world record worth mentioning.

The head of the family and leader of the “Chana” sect — which allows polygamy — is 66-year-old Ziona Chana who is the ‘proud’ head of a jumbo sized family of 39 wives, 94 children, 14-daughters-in-laws and 33 grandchildren

To accommodate his huge family he has constructed a 100-room, four storey building in Baktwang village. It almost looks like a hotel.
Photo: He lives with his family in a 100-room, four-storyed house named ‘Chhuan That Run’ or the House of the New Generation- in the hills of Baktawng village, in the Indian state of Mizoram. 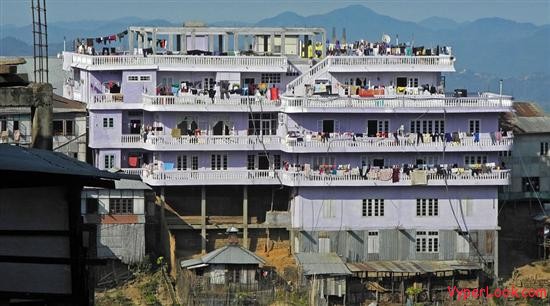 All the men of the family work as carpenters

He sleeps in his own double-bedded room while his wives have to adjust in dormitories. The younger wives stay in rooms closer to his room.

During the day he likes to have seven or eight wives with him all the time to wait on him.

All the cooking is done over an open fire kept burning throughout the day. Ziona’s eldest wife Zathiangi, 69, delegates all the daily duties around the house to his other wives, their daughters and the daughters-in-law.Surprisingly, all the wives get along very well and there is hardly any infighting among them. 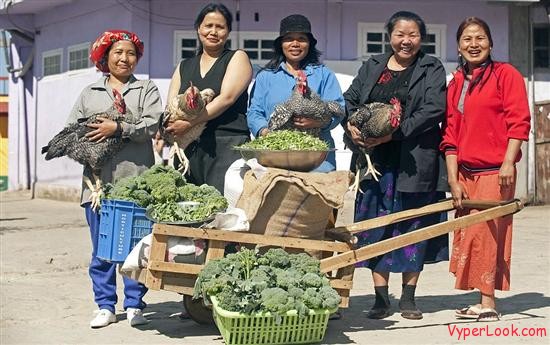 Mr Chana is not finished yet. “To expand my family, I am willing to go even to the United States to marry” he proudly says