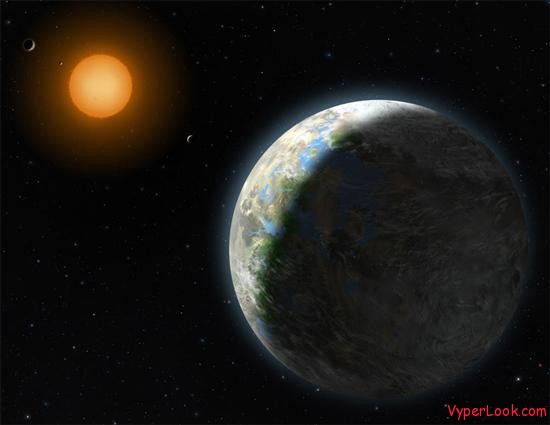 A new planet that’s the right size and location for life has been discovered 20 light-years away.
The newly discovered world exists in a solar system very similar to our own but much smaller.
Current technologies won’t allow scientists to study the planet’s atmosphere for chemical signs of life. 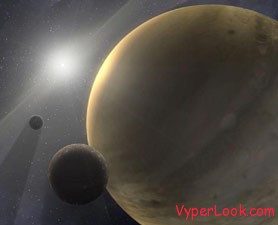 A new member in a family of planets circling a red dwarf star 20 light-years away has just been found. It’s called Gliese 581g, and the ‘g’ may very well stand for Goldilocks.

Gliese 581g is the first world discovered beyond Earth that’s the right size and location for life.

The discovery caps an 11-year effort to tease out information from instruments on ground-based telescopes that measure minute variations in starlight caused by the gravitational tugs of orbiting planets.

Planet G — the sixth member in Gliese 581’s family — orbits right in the middle of that system’s habitable region, where temperatures would be suitable for liquid water to pool on the planet’s surface.

With a mass three times larger than Earth’s, the newly discovered world has the muscle to hold atmosphere. Plus, it has the gift of time.  Not only is its parent star especially long-lived, the planet is tidally locked to its sun — similar to how the moon keeps the same side pointed at Earth — so that half the world is in perpetual light and the other half in permanent darkness.  As a result, temperatures are extremely stable and diverse.

Current technologies won’t allow scientists to study the planet’s atmosphere for chemical signs of life, but astronomers expect many more similar life-friendly planets to be discovered soon. If one or more of those cross the face of their parent star, relative to our line of sight, then it’s possible to gather atmospheric data. 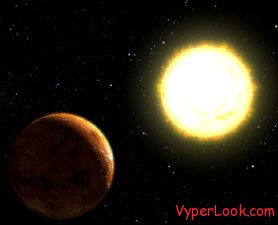 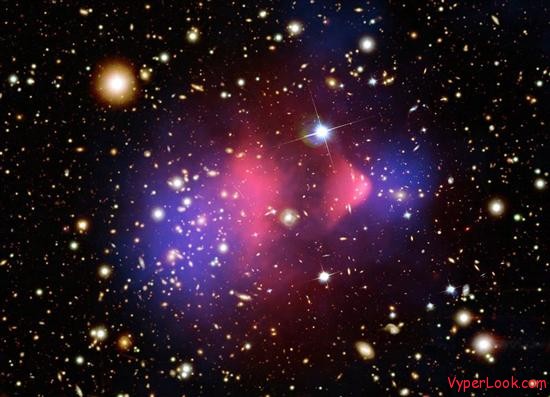 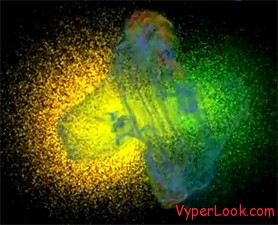