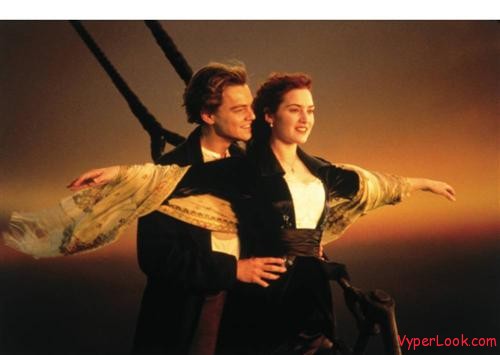 ‘Titanic’s front of ship scene has been voted the most romantic movie moment of all time.

The Oscar-winning film – which starred Leonardo DiCaprio and Kate Winslet – topped a poll by Italian liqueur Disaronno to find the most popular love scene, in which their characters Jack and Rose go to the front of the doomed cruise-liner and pretend to fly.

This is so lovely .Really romantic.. i dream that someday i will have somebody with who i can share a moment like this..

Top 10 Most Romantic movie moments ever:

4. ‘The Notebook’ – the writing scene
(can’t find that scene)

6. ‘Dirty Dancing’ – ‘Nobody puts Baby in the corner’ scene

(i can’t find that scene ,but here are some nice scenes)

9. ‘An Officer and a Gentleman’ – final factory floor scene