The Floating Stadium of Singapore

Is this the only one in the world? 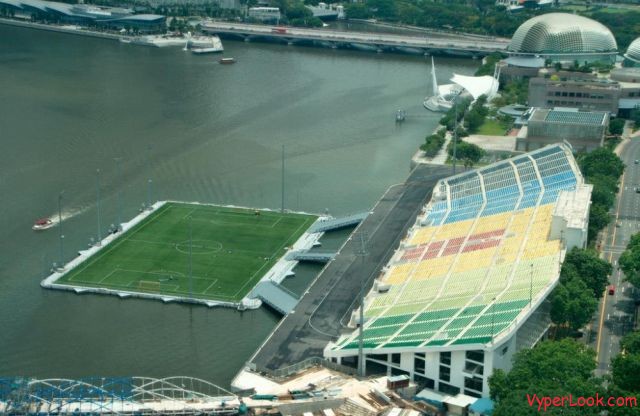 Made entirely of steel, the floating platform on Marina Bay measures 120 metres long and 83 metres wide, which is 5% larger than the soccer field at the National Stadium.[1] The platform can bear up to 1,070 tonnes, equivalent to the total weight of 9,000 people, 200 tonnes of stage props and three 30-tonne military vehicles. The gallery at the stadium has a seating capacity of 30,000 people.

The floating stadium will be a venue for mega events on the waters of Marina Bay for five years from 2007. These events may include sports, concerts, exhibitions, and the arts and cultural performances. The National Day Parade will also be held annually for five years at the stadium, which is meant to be an interim venue in place of the National Stadium until the Singapore Sports Hub at Kallang is completed in 2011.

This stadium is part of the Marina Bay Street Circuit Turns 17 and 18, which hosted the Formula One Singapore Grand Prix. More famously, it was where Nelson Piquet, Jr. crashed his car which led to the Renault Formula One crash controversy.

Following Singapore’s successful bid to host the inaugural 2010 Summer Youth Olympics, the floating stadium will be under the spotlight during the Games, having chosen as the venue for the Games’ opening and closing ceremonies. 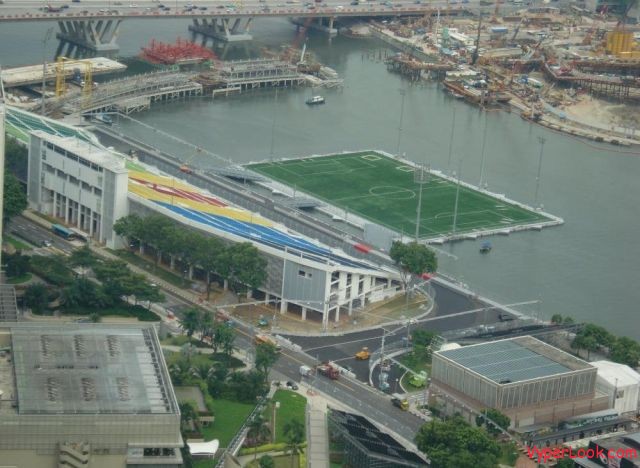 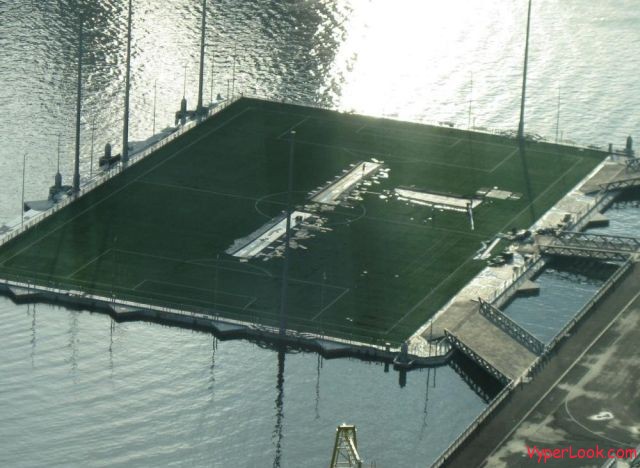