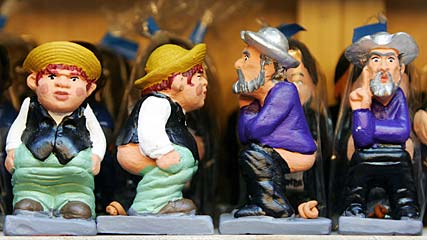 Some parts of Spain, Portugal and Italy also have the weirdest Christmas traditions… In every nativity scene, they place a figurine that has his pants to the ground and who is pooping. This lil character is placed in a remote place of the scene, in order to give the lil person some privacy. 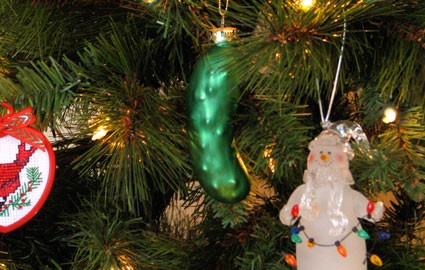 German families also hang a rather weird ornament in their Christmas tree… A pickle! The ornament is passed down from generation to generation, and when the family makes the tree, they hide it away from the kids. On Christmas morning, the kiddos search for it, and who ever finds it first, will have a whole year of good luck. 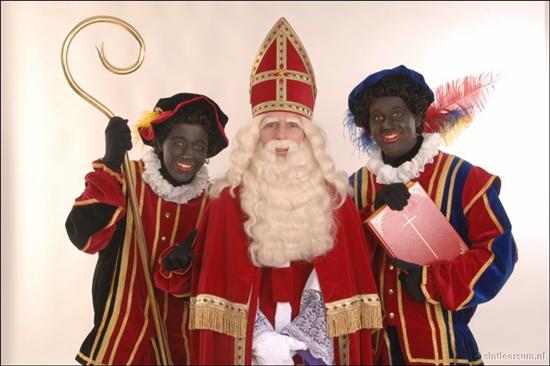 Zwarte Piet, is not a Christmas tradition, but rather a tradition of December. He’s the helper of Saint Nicolas, and his birthday is celebrated on December the 5th. They two arrive by steamboat in The Netherlands, coming from Spain. It is believed that Saint Nicolas rides on the rooftops on his white horse carrying presents for children, but it’s up to Zwarte Piet to handle the hard part and go down the chimney and deliver the presents.

Zwarte Piet, or Dark Peter also helps Saint Nicolas with handling the naughty children list. It was thought that children who were not good throughout the year would be taken by Zwarte Piet back to Spain. Dark Peter was originally thought to be a slave, but in order to make things right, it is now considered that he was a chimney sweeper, which would explain his dark skin. 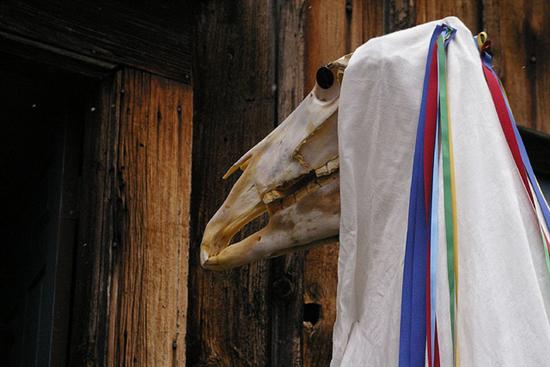 The Mari Lwyd is an ancient Welsh custom. Mari Lwyd means grey mare, and she takes the form of a decorated horse-skull on a pole operated by a man in a white sheet ; the Mari would be paraded around the district in return for refreshment as a house-visiting custom.

10. Go for a Swim on Christmas 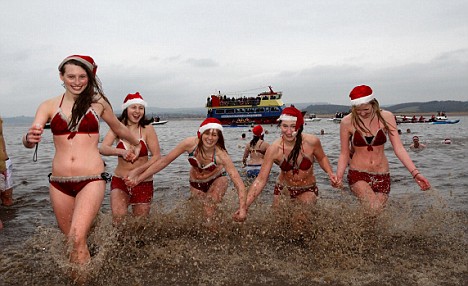 Taking a dip in a freezing body of water may seem weird… and to be quite honest it is… but that doesn’t stop people from some parts of England, Ireland and France from doing it on Christmas day. Some courageous Londoners plunge into the Serpentine on Hyde Park, while other British representatives go to Brighton beach. Pretty weird!

Special thanks to user Hillie Kapitein who helped us complete the list of weird Christmas traditions!