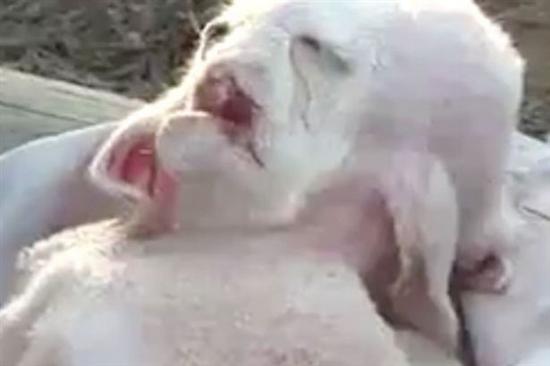 This is truly amazing! A mutant goat that has an alien face an no less than 8 legs has supposedly been discovered in Palestine. The monstrous animal looks horrible, and despite the fact that it’s supposed to be a goat… it bares a striking resemblance to how we presume aliens look like.Let’s find out the details behind this mutant-goat’s story, and check out a few more other weird looking, mutant animals.

Is it a bird? Is it a plane? What in tar-nations is it? It looks like a goat, but then again it also looks like an alien, or a deformed human… and taking into consideration the eight legs, one could also assume it has some insect DNA in it too (just joking) 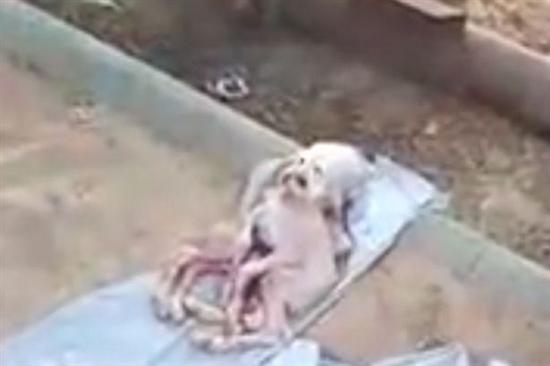 The poor snoutless creature seems to be very weak, and it most likely died within hours of birth. If you’re asking yourselves why this goat was born like this, your guess is as good as ours. In similar cases, of mutant goats being born, veterinarians stated that this sort of rare mutations most likely occur due to bad nutrition since the fodder for the lamb’s mother was abundant with vitamin A. 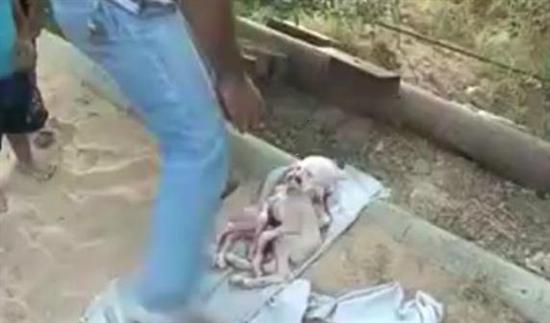 Immediately after the video of the poor animal was uploaded, people from all around the world agreed on one thing: this amazing animal sure looks weird! Some commented saying that the poor thing should be put out of its misery, while others couldn’t get passed the fact that the creature looks very much like an alien, and start with the conspiracy theory of alien abductions and probing…

While we’re on the mutant animals subject… Let’s check out similar cases to the one above:

Pig With The Face Of A Monkey 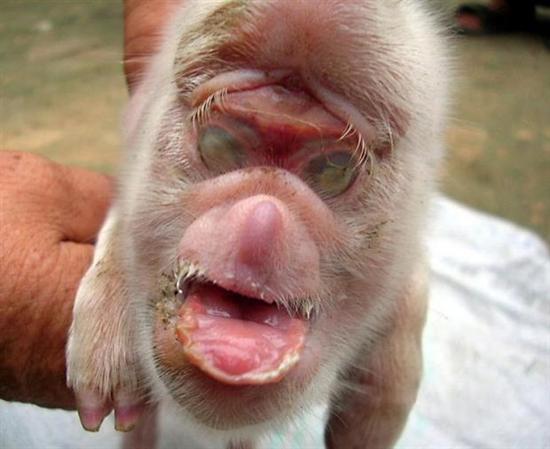 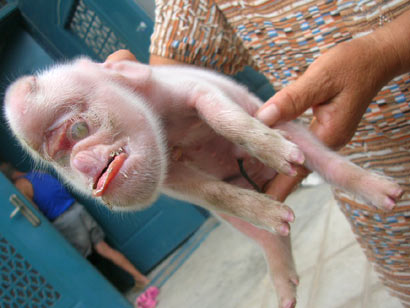 A congenital disorder caused the pig’s face to form wrongly, as the median sept that assures the face symmetry was somehow affected in the womb. Apart from an obviously distorted, this strange animal’s rear legs which are much longer than its forelegs, making him jump like a kangaroo instead of walking like a pig. 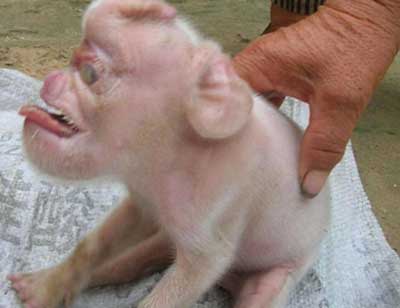 Sadly, this mutant pig also died within weeks of its birth. Normally, this kind of congenital defect is accompanied by heart malformations and other interior organs illnesses, which eventually, are incompatible with life. 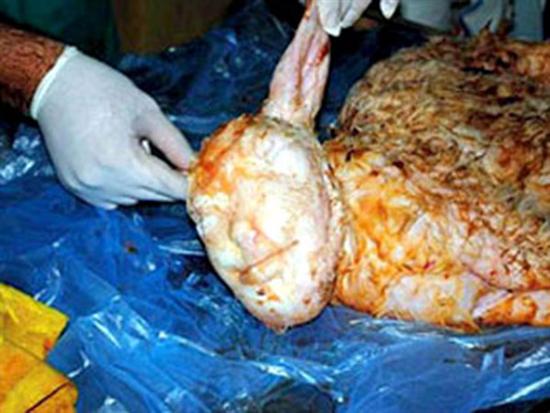 Veterinarian Erhan Elibol was caled on an emergency cesarean section on a pregnant sheep which was unable to deliver its lamb. The offspring was stillborn, in all expert’s opinion, it was all for the best. When the lamb was taken out, everyone was in shock, due to the fact that the animal looked extremely similar to a human! as you can see in the video above.

Also, you can see even more pictures of the human lamb, in the video below: