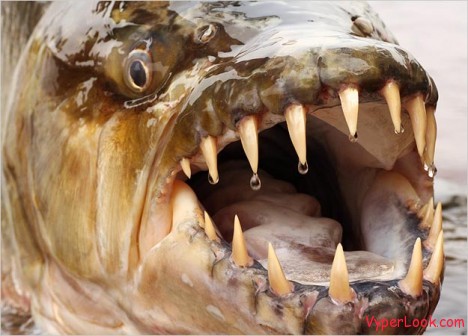 Giant Piranhas… basically every person’s scariest nightmare… we’d like to think they don’t exist outside dream-land, but sadly, this giant predator actually exists in the real life and it’s got humongous teeth (ouch). Jeremy Wade, host of Animal Planet’s “River Monsters” has made the catch of the century on a stretch of the River Congo. This prehistoric looking creature is 5 feet long and weights approximately 100 pounds (more than 50 kg) but what shocks us the most, are this giant piranha’s teeth, 32 razor-sharp teeth to be more exact. The amazing size of these fangs is mostly common in great white sharks, so if you were thinking small piranhas are dangerous and creepy, think again, cause this monster exists for real, and it’s got the teeth of a shark.

This giant piranha actually belongs to a species of tigerfish, the more widely spread name for this species is “goliath tigerfish” and only a few people have “met” with it and then lived to tell the story (that comes as no surprise after looking at its teeth again). If you think this giant looks ferocious but is probably harmless, think again, “If you aren’t careful it could easily take your finger off or worse” said Jeremy Wade. It also has an extremely powerful bite and it has been known to devour prey the same size as itself, or take out pieces of crocodiles. What’s worse, is the fact that they will attack people, as well as other animals… it’s practically in their reflex to attack in response to a sudden splash or movement. Fortunately, they only live in a remote part of Africa along the Congo River, a place which is very hard to reach for outsiders, and even for the locals.

So if you’re planning a trip to Africa any time soon, be sure to steer clear of that area, or if you do intend to visit, do not, under any circumstance take your bathing suit with you (skinny dipping is also out of the question). If you don’t believe us, have a look at the amazing pictures and video below. 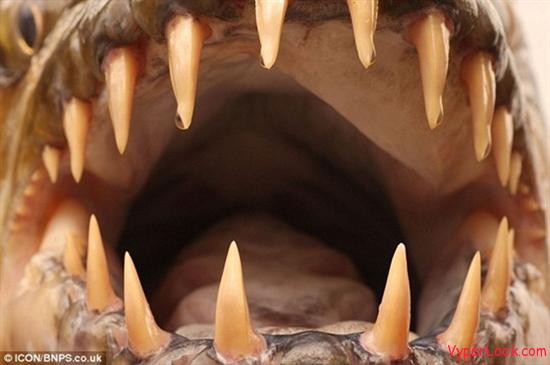 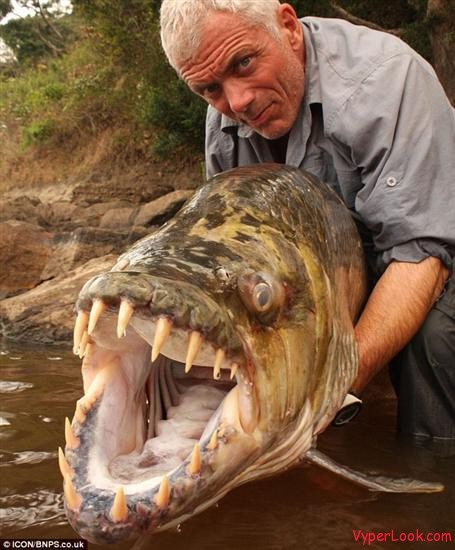 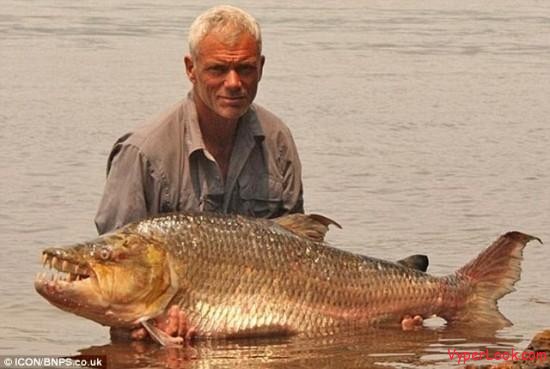 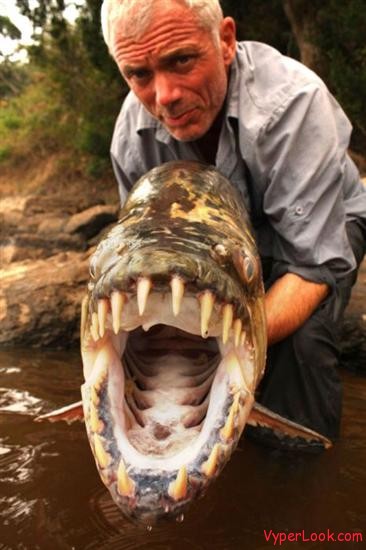