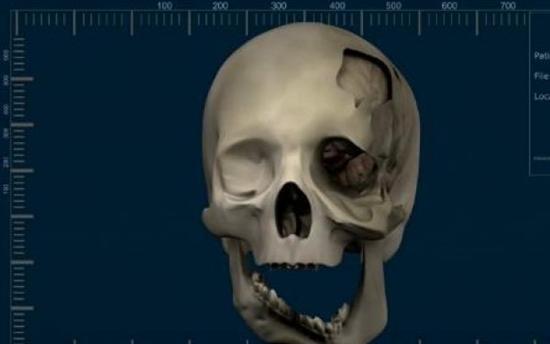 Savipat Kemkajit Chotpintu has a giant facial tumor that’s ate away her eye socket and is exposing her brain… now that would seem pretty creepy, and it is… The woman has lived with the huge tumor on her face for a long time, and she practically looks deformed, but help may be on the way. Let’s see what can be done to cure this woman of her giant tumor.

After a first glance at that MRI, you’re probably thinking that the poor woman has been through a great ordeal… And you’re absolutely right. Savipat Kemkajit Chotpintu is 29 years old, she is originally from Thailand, and unfortunately, she has a gigantic tumor on the left side of her face which is destroying her cranium with every day that passes by. 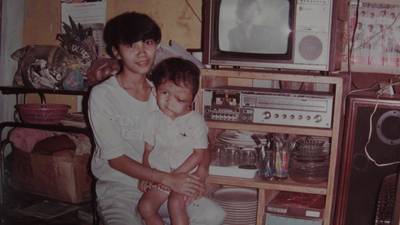 Sadly, when people meet this poor woman, they don’t notice her big heart, nor do they notice her courage… what they do notice is her monstrous looks. The tumor that affects the entire left side of Savipat’s face has dug a large hole her cranium’s frontal lobe, hence leaving part of her brain exposed and prone to possibly lethal accidents. Not only has the tumor drilled a hole in the cranium, but also, ate away vast sections of the woman’s eye socket, left ear, cheek and jaw. 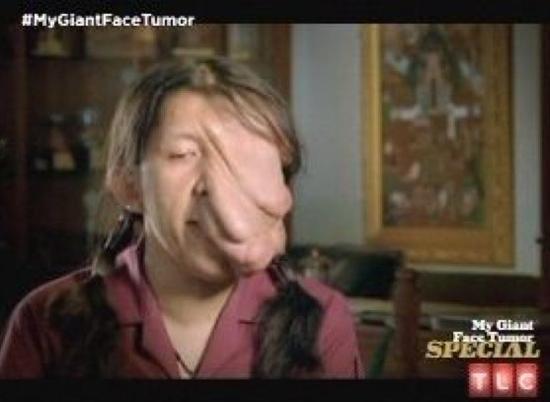 You may think that all her ordeal has ruined her spirit, but Aum, as her family and friends call her, has a great deal of courage. Luckily for her, she might be getting rid of this giant facial tumor. Dr. McKinnon from Chicago specializes in removing gigantic tumors, and he believes that he can take out Amu’s tumor. 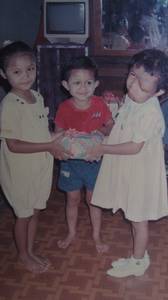 The 29-year-old woman suffers from a condition known as Neurofibromatosis. People who suffer from this terrible disorder have tumors which grow at an alarming rate along the shafts of the nerves. Amu, as well as he other people who suffer from Neurofibromatosis, has lived with the tumor ever since she was a child, and she always had to deal with the meanness of people. 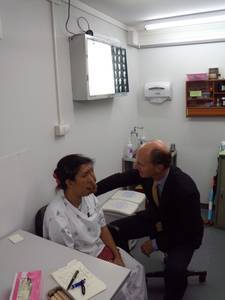 Dr. McKinnon has classified the case of Amu as a very extreme one, declaring that:

The tumor has destroyed virtually all of the eye socket, which normally separates it from the brain. So the brain is acting as a pulsating force against the eye socket. I can touch the cover of [her] brain when I put my finger there. It’s not a small task. It’s a large, complex task.

The hardest part of the operation is getting out all, or as much of the tumor as possible, followed by the reconstruction of the woman’s left side of the face. 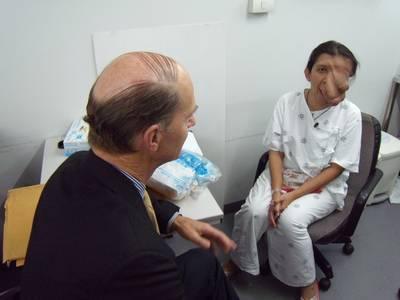 Another part of the troublesome problem is the fact that the tumor is so big that the skin is actually irrigated by the tumor itself, and that may become a problem later on. In addition, dr. McKinnon will have to handle the brain during surgery and one wrong move could end the woman’s life.

Savipat Kemkajit Chotpintu declared that she is worried about the surgery, but that she has faith in God and the team of doctors, and hopes to get out of the surgery alive, tumor free, and her giant head left side will look normal.. Ass soon as she is operated, we will update the post and let you know of how the surgery went. 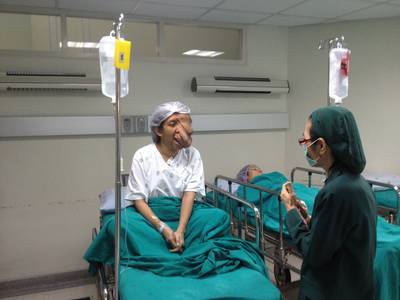 In the meantime, you can check out the video below which shows you the story of Ed Port, an Ohio native, who suffers from a similar problem. The man has no face due to a tumor which makes him look deformed.

42 year-old Ed Port was born normal, but within a year of his birth, it became very real that he had a problem. Half of his face was more prominent than the other, and that determined his mother to take him to the doctor. Unfortunately, it was revealed that Ed suffers from a condition named Type-2 Neurofibromatosis.

See part of his story in the video below: