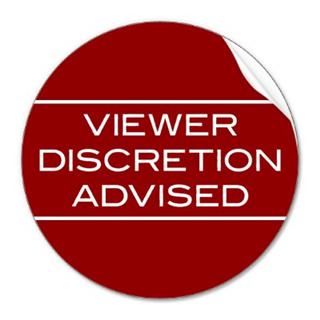 Do giants exist? Well, a strange disease can make your head GIGANTIC! Proteus syndrome transforms a man into a monster and there’s nothing anyone can do about it. The terrible illness affects the bone structure of the head, feet and hands making them grow uncontrollably!
Let’s have a look at the shocking case of the man with a giant head, and a few more cases of the giant head disease. 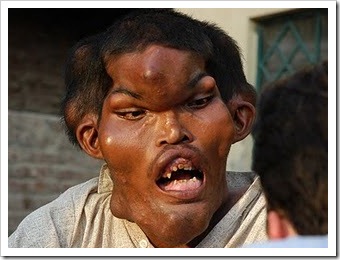 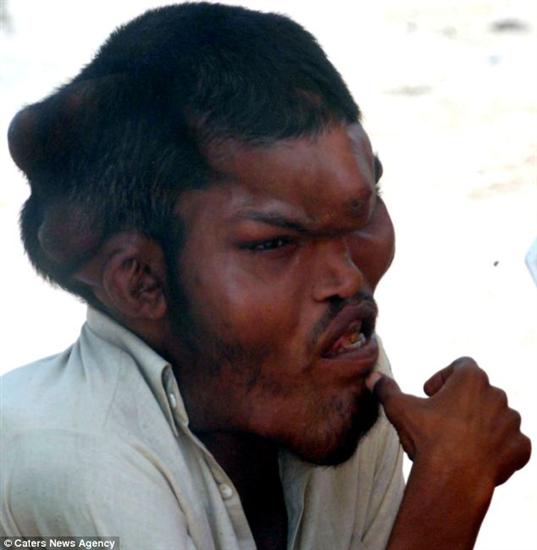 Meet Sian Mumtaz… the Pakistani Elephant Man who is fighting social damnation due to his gruesome exterior appearance. Due to this ruthless disease known as the Proteus syndrome, the bones in his head, feet and arms are continuously growing turning him into a monster lookalike. The 22 year old man is thought to suffer from a variation that the famous Elephant Man, Joesph Merrick had. The disease seems to be affecting his bone structure symmetrically.

Sian Mumtaz lives in the outskirts of Lahore, in Pakistan and despite his monstrous looks, he’s a gentle giant and he’s been accepted and comforted by the community he lives in. Actually, the support that he got from his good friends helped him overcome the belief that his terrible disease is actually a wicked curse bestowed upon him by a vengeful God. 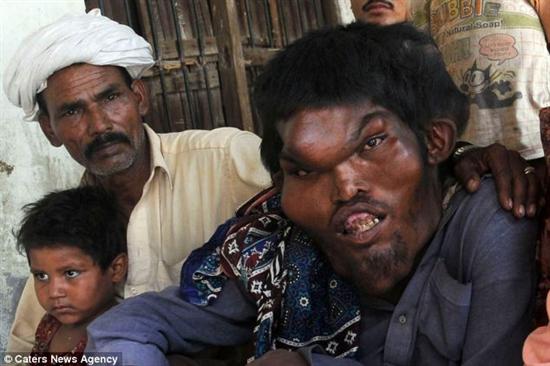 In a recent interview, the kind, abominable looking giant declared that:

I’ve been this way since I was born. My face, arms and legs all differ in size and people assume I’m not like other normal human beings. But I’m mentally fit and understand everything, I live like my life like everyone else despite all my family including my mother, father, brothers and sisters all being born without the condition. People used to run away from me. But now they treat me normally and sit and talk to me when I am out. They call me their friend. One day I hope to be cured and meet a woman who will love me.

If Sain does indeed suffer from Proteus Syndrome, nothing else can be done for him, except some surgeries to remove the excess skin, but it will only grow back in no time.

See more pictures and a video of Sian Mumtaz The Pakistani Elephant Man below: 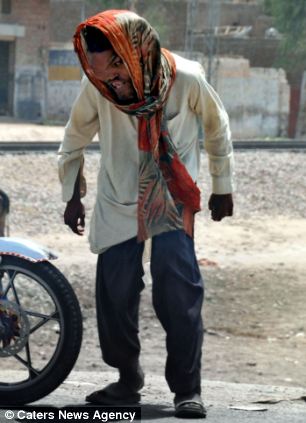 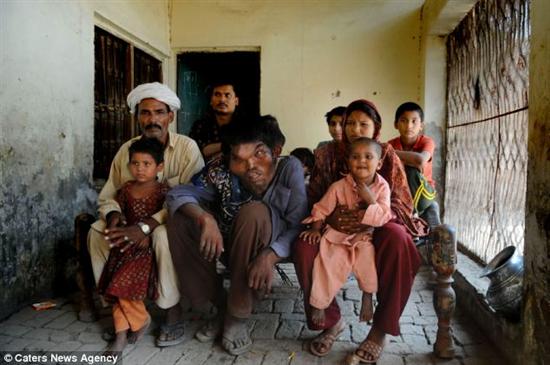 But what is Proteus Syndrome and Can It Be Cured? 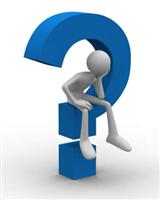 Proteus syndrome is a genetic disease which causes a person’s skin to overgrow and the bones to develop atypically, often accompanied by tumors on half the body.

How is it cured?
Unfortunately, there is no cure! The giant head disease has no known cure as it is extremely rare. There have been tests carried out on one person, a team of scientists tested Rapamycin on a patient presumably suffering from Proteus Syndrome, and they discovered it to be effective, but the patient’s diagnosis of the Elephant Man Disease has been highly contested by others.

More on the next page.