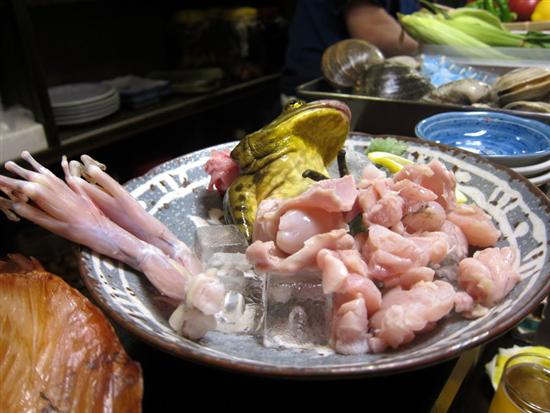 Let’s have a look at some really shocking and gruesome live food, as in animals which are served alive on your plate! Humans can be cruel, there’s no question about that! Out of amusement or curiosity, some people are willing to try live dishes, on which the cooks bring them moving animals before they take their final breath.
Would you be willing to order and eat such a dish? Let’s have a look at how these animals are prepared so that they can be served as food while they’re still alive.

1. Frog Sashimi – Live Frog watching you in the eyes while you eat it! 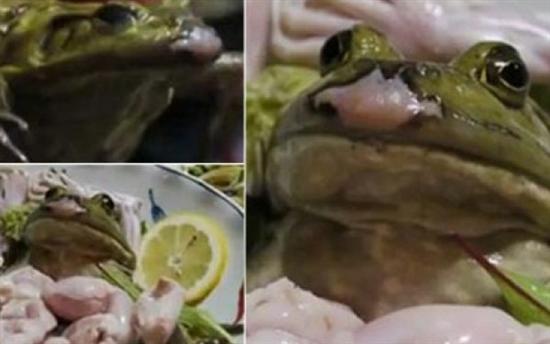 While preparing frog sashimi, the cook uses special knives and utensils. The like frog is skinned, parts of it are used for the preparation of some weird soup (luckily, these parts of the frog are boiled) while the head and upper body of the amphibian are served while still moving on your plate as frog sashimi. 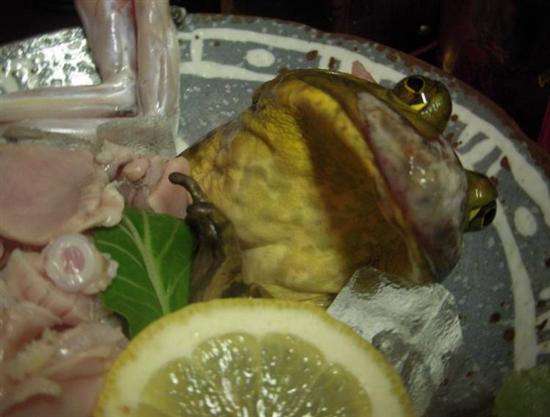 If you have any questions about how safe this dish is, have no fear, that’s the least of your problems… These little frogs are perfectly healthy and bred especially to be served this way. So, if you’re not very squeamish, all you have to to is go visit China, and order yourself a plate of living frogs… It’s what our ancestors did, do you feel up to it? Have a look at more pictures of this grotesque dish below: 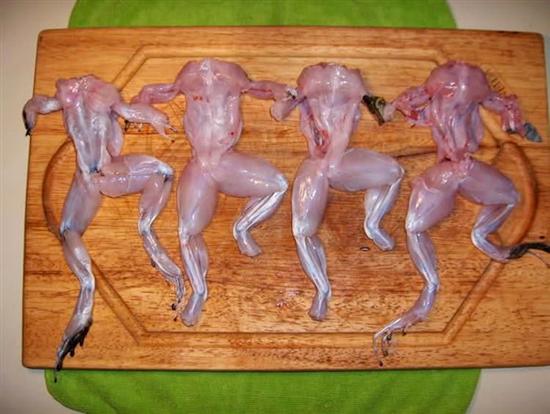 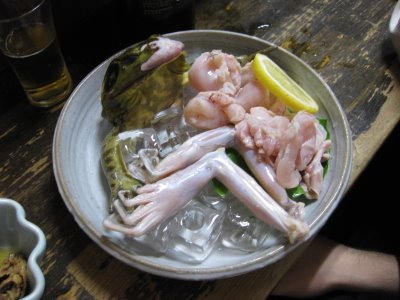 And if your stomach was able to handle that, have a look at the videos below… you can see how the frog moves around the plate… 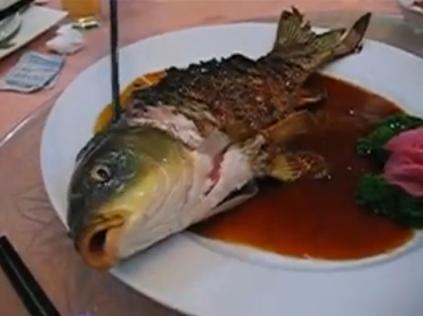 The name of the dish is a great indicator of what you’re gonna be served… The live fish dish is also known as dead-and-alive fish and as you can probably imagine, the fish you are served will still be breathing when it’s on your plate.

The whole trick to this plate is very grotesque if you ask me. The cook must have a lot of skills to keep the fish alive while it’s deep-frying its body. In order to serve you this dish, the cooking process is very cruel: the chef wraps a wet cloth on the fish’s head to keep it breathing while its body fries. Luckily, this way of cooking is now illegal in Taiwan where it originated, but it’s still popular in China. Have a look at a video of live fish below: 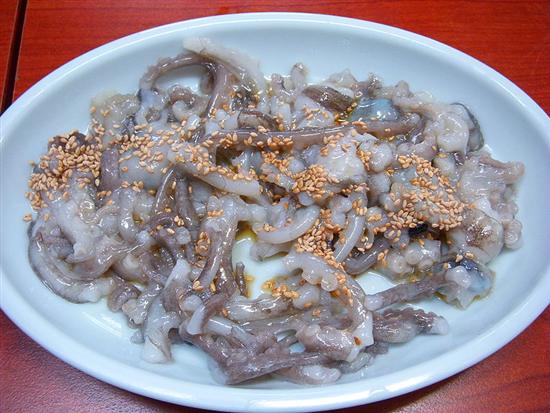 Sannakji is a variety of live seafood… It involves eating live, moving baby octopus! The octopus is cut into small pieces and served immediately, so that the pieces still squirm on your plate. If the fact that you’re eating a live, moving animal doesn’t stop you, maybe the fact that their suction cups are still active will make you give this crazy idea a second thought! The suction cups may stick to your throat hence you will start chocking… Or they may start an severe allergic reaction. 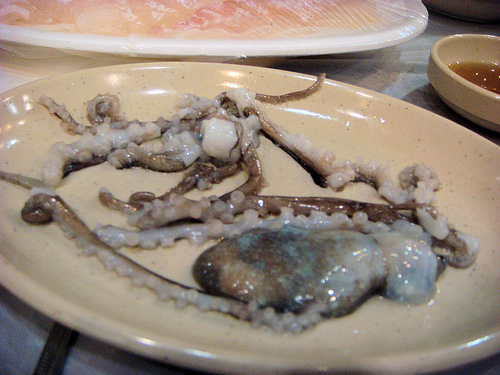 Have a look at the video below to see the moving octopus parts on a plate:

For some of the world’s grossest foods, click here.

The name says it all… We’ve all tasted shrimp at some point, and it’s very likely that most of us liked it, but the question is: would you eat live shrimp? And more over, would you eat drunken shrimp? Poor guys went out for a party in the sea, had a little bit to drink and woke up on a plate with forks aimed at them… how’s that for a bad Hangover sequel? Well, even though that’s not the real scenario, the dish does involve eating moving shrimp, which are not dead, but dizzy from alcohol. 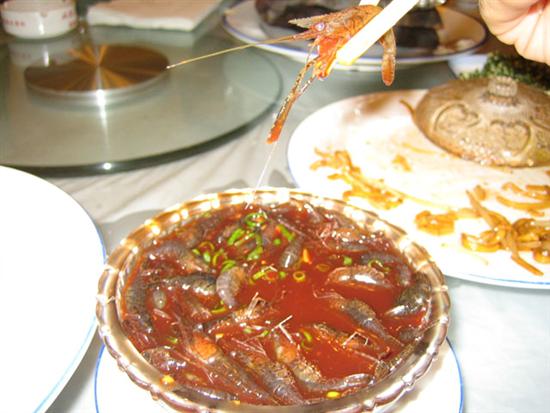 The fresh-water shrimp are often eaten alive in China, but stunned in a strong liquor called baijiu. Have a look at the video below for a more visual image of what it’s like to eat live shrimp.