Carnivorous Algae On Danish Beaches Eat Animals 10000 Their Own Size 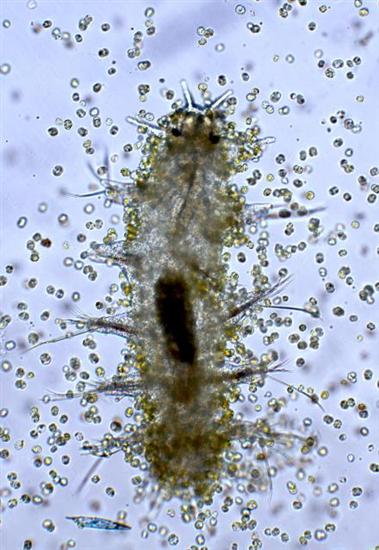 Were you thinking of going for a swim in the sea? Think again! Cause Denmark is dealing with the attack of the killer algae, and it’s not a pretty sight. Apart form these microscopic sea plants, we’ll also have a look at other dangerous carnivorous plants, so brace yourselves, killer plants are coming!
Carnivorous algae were only thought to be found in Spain, but a new study shows that these microscopical creatures, which are able to eat animals ten thousand times their own size, also live on Denmark’s beaches, and God only knows where else… Let’s have a look and see how potentially harmful the Carnivorous Algae are.

Just imagine you were going out for a walk in your favorite park, and all of a sudden, the beautiful green grass you were admiring, starts to jump up and devour you, or any other living being 10 000 times the grass’ size… that’s a pretty spooky scenario, isn’t it? Well, this scenario came true in Denmark, where scientists have discovered a type of algae which feeds on animals thousands of times bigger than them.

Now before you get on the phone with our travel agent and cancel your trip to Denmark, you should know that humans are not exactly the perfect dish for these killer algae. Why you ask? Well, the answer is simple, even if the killer algae feed on animals 10.000 times their own size, these creepy critters are incredibly small, microscopic even! 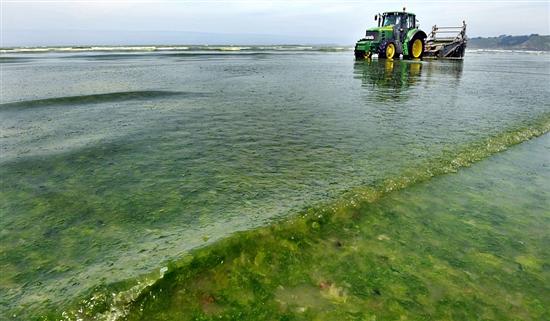 The discovery of these killers is monumental. Scientists observed that in some of their water samples, fish began dieing extremely fast. Initially, they thought of the possible implication of a toxin, but soon realized that something microscopical was devouring the dead fish.

Killer Carnivorous Algae Suck The Life Out Of Their Prey

Yes, that’s a really bad way to go… The algae have the means to locate their soon-to-be food by certain chemical traces in the water. Once located, the killer algae attack using a highly potent nerve poison which that paralyzes the prey. After the animal is still, they use an adaptive organ, similar to the mosquito “trunk” to suck all of the nutrients out of the poor animal. This type of algae has been considered to have the capacity to attack as a group, turning the status from plant, to animal, since they no longer use just photosynthesis to survive.

Once the nutrients come out of the prey, the algae swarm around it, and devour the animal almost instantly. As a result of their tasty meal, the algae grow in size. Add that to the growth they already have from photosynthesis and you have yourself an lean, mean killing machine!

Luckily, we can all rest assure, cause these plants are not harmful to humans… yet!

And as we promised, lets also have a look at some of the world’s most interesting carnivorous plants: 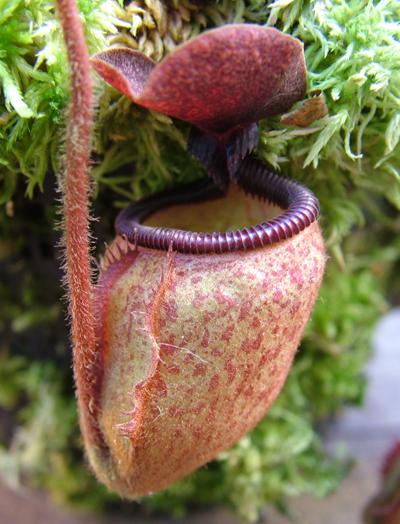 This looks like a cool plant, doesn’t it? Well, it kinda is, but if you plan on getting one, you better be careful, cause it eats a whole lot of insects. I has a pitfall trap in which it encloses it pray before devouring it. Some species have been known to also feed on rats… so be careful not to let your hamser out if you have one of these in the house. Watch it in action below: 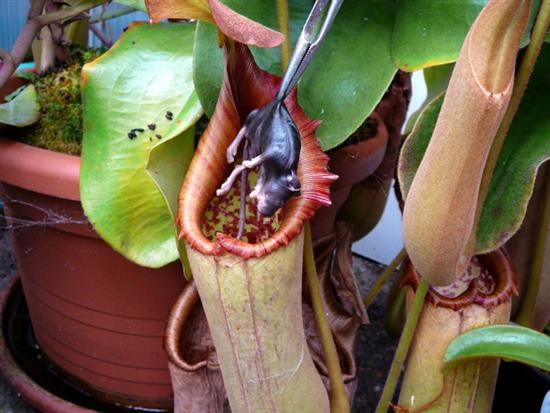 This is a carnivorous plant also known as corkscrew plant. They grow in semi aquatic areas and they trap and digest minute protozoans. 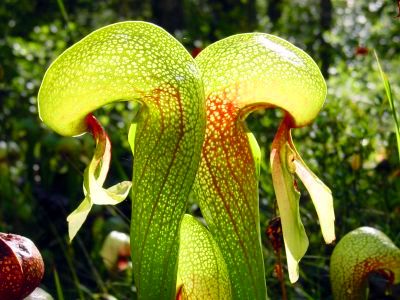 This beautiful plant is also known as the California Pitcher plant, Cobra Lily, or Cobra Plant. They hunt with the aid of their lobster pot traps, in which insect are confused by the light and they get caught up in the plant’s tiny hairs which do not allow the insect to turn back.

Watch it in action below: