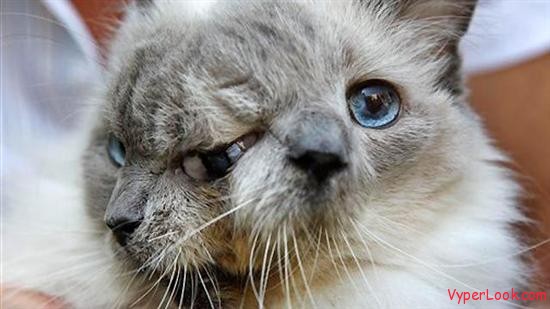 When this little guy was born, nobody would’ve thought that he’d get to grow up and live the life of an ordinary cat. In fact, there’s nothing ordinary or common about Frank and Louie. Yes, this amazing animal bares two names, because, it has two faces… As unusual as it may seem, the feline is not the least bit bothered by the fact that Louie has to share the same head with Frank. Despite all odds, the little two headed kitten, grew up and led the life of happy pet in the house of its owners. This gray cat has a head with two mouths and noses, but just three eyes and it has recently been declared as the world’s oldest two-faced cat, at the age of 12 (human years that is).

In medical terms, the two-faced feline suffers from a rare congenital condition called craniofacial duplication, or diprosopia, which causes one part or all of an individual’s face to be duplicated on its head.

Although it’s been reported on quite a few domestic cats, few have made it to adulthood, and only one has made it to the age of 12. Frank and Louie was born on September 8th, 1999 and he will be featured in the Guinness Book of World Records, 2012 edition.

This weird cat has only one brain, but eats with its right side and only sees with his two extreme eyes, due to the fat that the one in the middle is not functional. His owner declared that he’s been a blessing to her family, and that they would never give up the cat for anything in the world. What’s even more peculiar is the fact that instead of acting like a real cat, Frank and Louie loves car rides and walks on a leash, just like a regular dog.

Have a look at some pretty amazing pictures of the strangest two-faced cat, and after the pictures, be sure to watch this weird feline in action, in the clip we have for you. 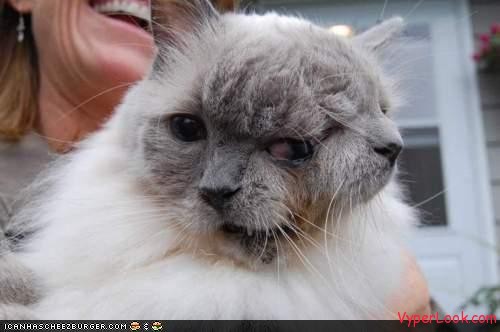 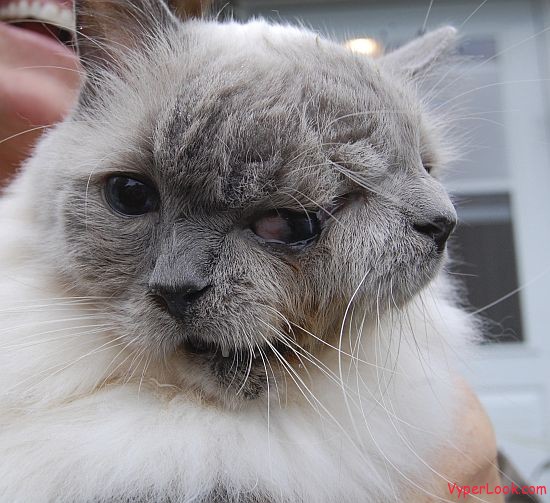 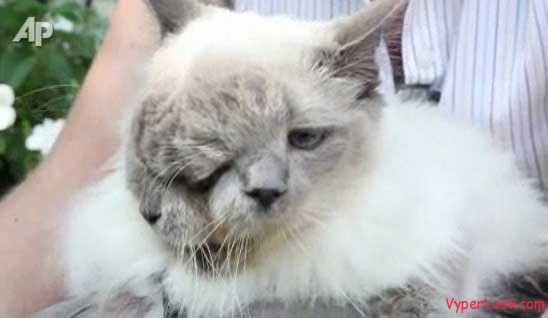