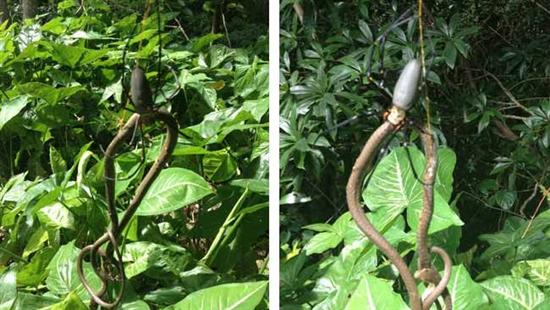 Spiders… one of most people’s biggest fear. Well, we have some shocking videos that will get you even more terrified of these not so little critters. Spiders will eat just about anything they can get their fangs on, and apparently, snakes make no exception.
The latest video that’s gotten people scared shows a giant spider devouring a live long snake. Other videos show snakes eating big birds or even larger animals… Pretty gruesome, we know, but let’s have a look. If you don’t suffer from arachnophobia, these videos might change your mind.

Australia proves once again that it is home to some of the most terrifying creatures, one of which is the Golden Orb spider. A representative of this species was filmed while it was eating a 20 inch live snake. 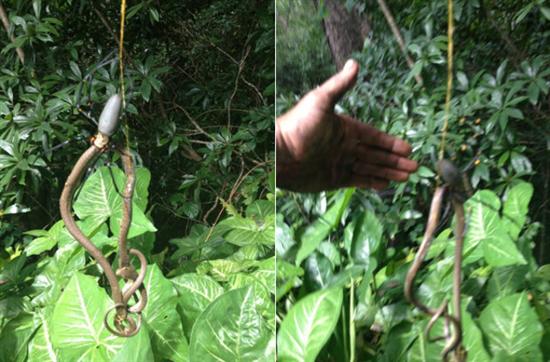 The snake clearly tries to escape the spider’s grasp bu sadly, it ends up being devoured by the eight legged creature. The person who was brave enough to film the shocking event,
declared that:

“A few times the snake managed to get up and attack the spider, and the spider would run back up the web. I would have put money on the snake for sure, especially seeing how big it was. You could see the spider just chewing into it and the part which the spider was eating had gone all black and the insides were bubbling”

Have a look at the video below and see how a giant spider eats a live snake… Pretty shocking, isn’t it?

Below you can see some pictures of a giant spider eating a bird: 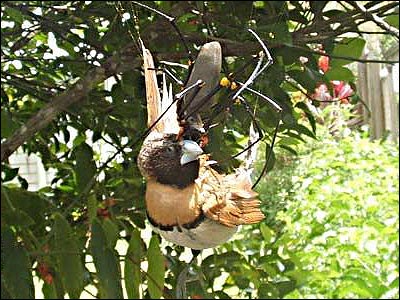 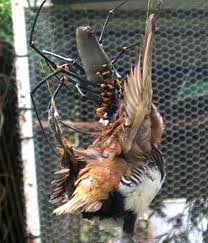 And below you can watch a video of a giant Golden Orb spider eating not one, but two birds: