Weirdest Buildings In The world 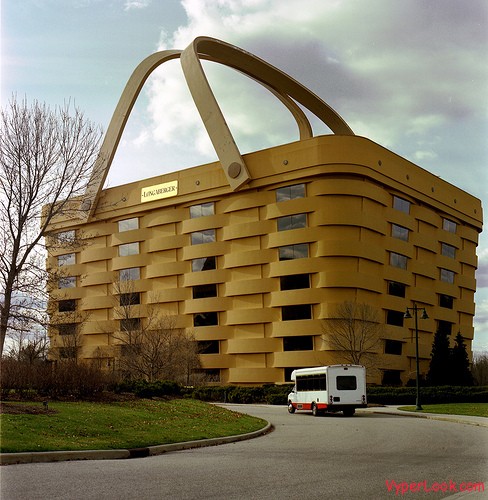 Have you ever wondered what it would be like to live in a picnic-basket? Well it would probably be a bit crowded between all of the forks and knifes or other such kitchen utensils. So, in that case you should probably move in a huge piano house. When reading the rows above you’d probably think we’ve gone completely mad, but trust us we haven’t! These weird buildings actually exist and people do live in a piano, or a picnic-basket. Take a look at some of the strangest buildings in the world and be sure put them on your “to visit” list. 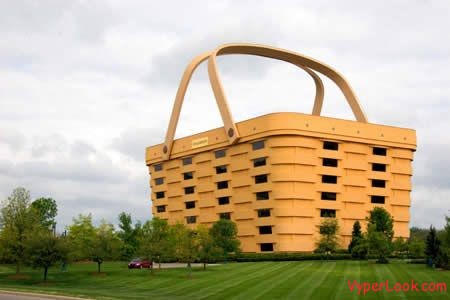 This huge yellow basket is actually an office building, I’m sure all of the employees of the Longaberger Company are super happy campers when going to work.  Dave Longagerger had a crazy idea about promoting his company, but when he told everyone else, they just thought it was another one of his jokes until December 17th when this humongous basket was inaugurated. Who do you think had the last laugh?

2. The dancing “Fred and Ginger” house in Prague. 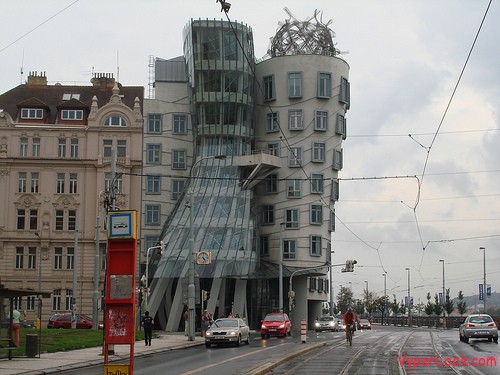 This odd looking building was finished in 1996 and resembles a dancing couple, thus it was initially named after the very famous couple of dancers Ginger Rogers and Fred Astaire. Its designer, placed it on an spot that was empty due to the bombing during the Bombing of Prague, back in 1945. One of the Czech presidents, Václav Havel wanted this odd building to become a cultural activity center. So there you have it, a building that dances, what more could you want? 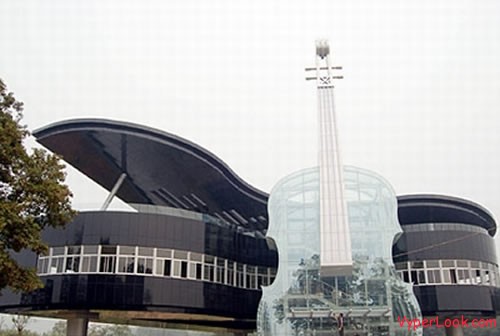 So we saw the house that dances, but to what music does it dance?  Well… to the sweet melodies played by a piano house. This amazing building is actually a hotel, so the next time you’re in Huainan, Anhui Chinese province, be sure to check-in to this lovely architectural design. 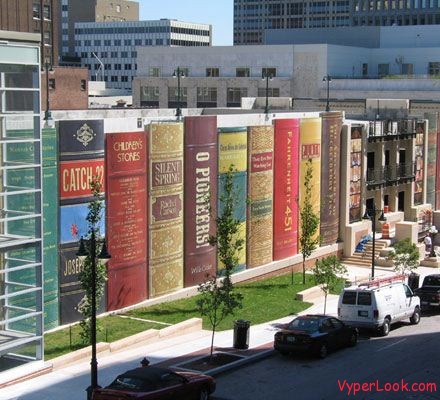 Well you’ve got to admit this is a bit weird, when you go to the library, you expect to find the books inside, not on the outside walls, right? Well… that’s not quite the case in the home of Dorothy. The people from Kansas were asked which books do they think best represent their city… and after the poll people probably said to themselves “We’re not in Kansas Anymore”, but they were and they now have the most original library in the world. 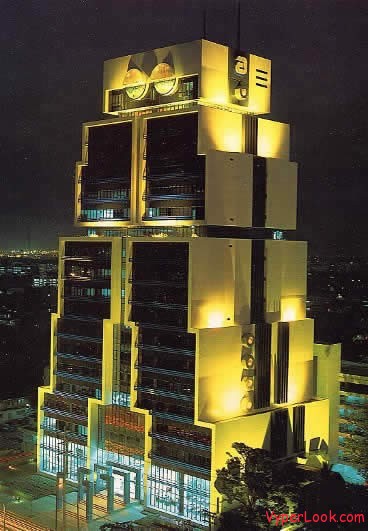 This odd building was initially designed for The Bank of Asia in order to reflect the computer advances made by banks. It’s currently still hosting banks in the Sathorn business district of Bangkok.

6. The Blue Building from The Netherlands 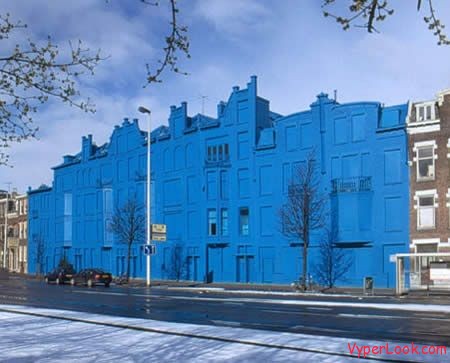 This colorful building is actually destined to be demolished as soon as the authorities come up with an architectural plan for the entire area, till then, they decided to just paint this abandoned building blue. 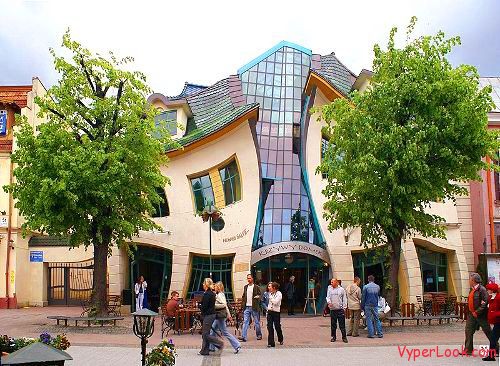 Once upon a time there was a city called Sopot, in the land of Poland in which we could find another fairytale-inspired building. You’re eyes are not playing tricks on you, this house is actually crooked and it’s huge, it has an astonishing 4000 square meeter surface and it’s the most photographed building in Sopot.