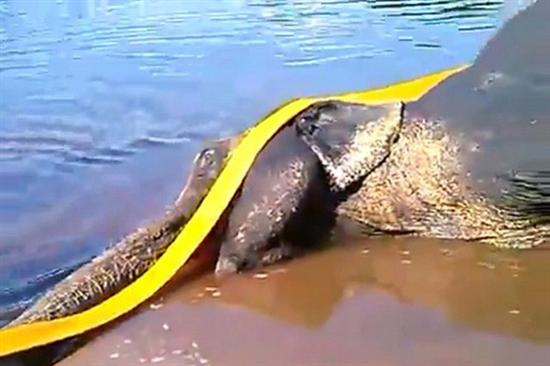 While watching the shocking video of a circus worker dancing on the back of drowning elephant all we can say is that there is no limit to human cruelty and lack of compassion. In the video, you will be seeing Madi, a 48 year-old elephant attempting to save herself from drowning, while a circus worker jumps on her back, making her fall and stay in the water to drown, all for the amusement of the crowd. These images are not for the faint of heart.

The horrifying video slowly dying and agonizing in an Estonian river, while the brother of the circus owner, a man (if he can be called that way) by the name of Rene Renz, dances on the poor animal’s back. Madi was taken to a river in the city of Narva, so that she can bathe and clean herself, but, the one who was supposed to care for her, and guard her safe-being, started jumping on her back, determining her to lose balance and sink under the surface of the water. 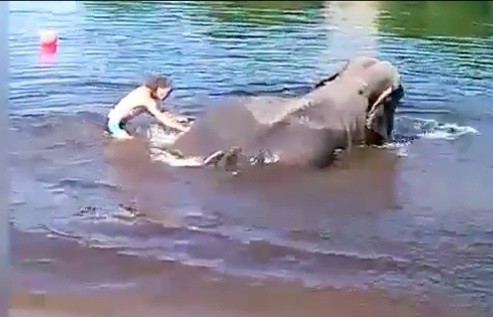 Madi is evidently seen flailing and struggling in the water, and at one moment, she even falls onto her side in the river. What’s even more shocking, is the fact that n all this time of sufferance for the poor elephant, Rene Renz was clowning around for the amusement of the people gathered to see the animal in the water. Now if you think that the circus worker is the only cruel and mindless person in this video, you are gravely mistaking! 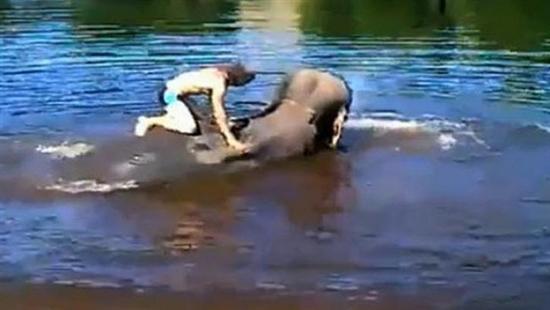 All of the people in the crowd who stood there filming the agony and pain of that poor being instead of calling the local authorities, instead of stopping the deranged circus worker are guilty of this animal’s death. 40 minutes of video and footage of the slow and painful death have emerged. Now stop to think for a second, if at least one or two people had stopped filming and started aiding the animal, this story wouldn’t have had such a tragic end. 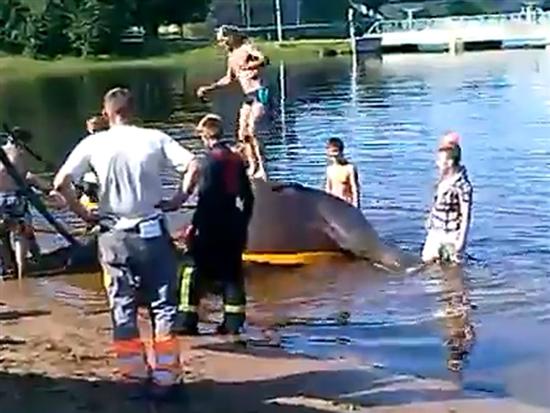 An elephant’s lifespan is somewhere between 60 and 70 years. Madi, the elephant who was brutally murdered in this video was just 48, she still had some good years to live, until a murderer by the name Rene Renz killed her. Police are investigating the murder, ad have placed the two under animal abuse charges… Whatever the penalty will be, I am convinced it is too little.

What can you do to help?

Stop going to circuses! The fact that those animals are abused has not been kept secret, here is just another small proof in the multitude of evidence that circuses have no respect for their animals, and no humanity in them. Wild animals are meant to be in the wild, not caged up for our own amusement.

Love animals! Don’t pay to see them in circuses or zoos. Only together we can teach the circus and zoo owners that we do not want to see caged animals. 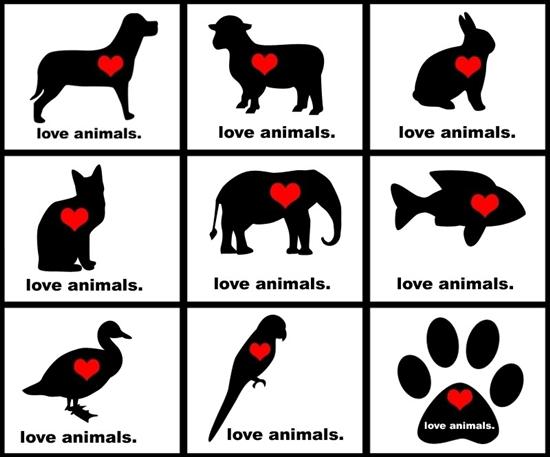