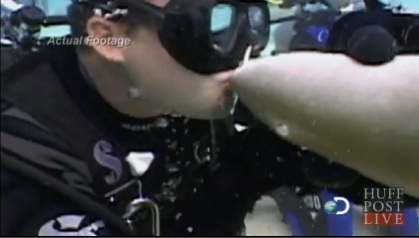 During Discovery Channel’s ‘Shark Week’, shark expert, Jeff Kurr, decided to kiss a shark. The whole event was captured in a shocking video, as well as a moment when someone was bitten by a bull shark. See the horrific video right here.

Throughout a whole week each year, Discovery Channel dedicates its time to sharks, the monsters of the deep. As part of the special week events, the channel also shows some of the most shocking videos of daredevils and sharks. 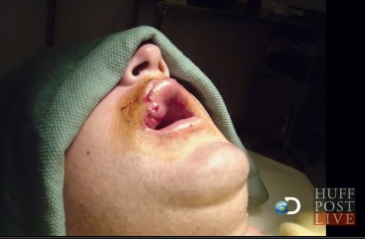 Most of the encounters are near-death experiences, but the few who live to tell the stories, are extremely thankful. So is the case of Jeff Kurr, a shark specialist who recently released footage of his close encounter with a shark. Despite being an expert in the field, he still went against all of his best knowledge, and decided to kiss a shark.

Despite the fact that the species Kurr kissed is normally harmless, the shark turned ferocious out of the blue and bit Jeff Kurr’s lip, giving him a so called “kiss of death”. Kurr declared for the press that most of the shark accidents and fatalities are caused by human fault, and we should all be more careful as to not provoke a shark. 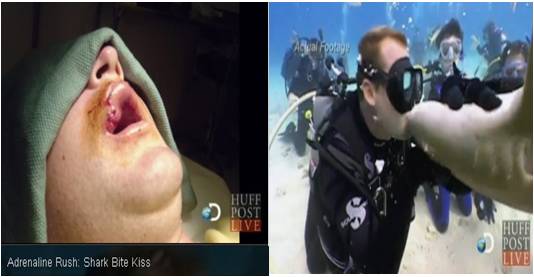 You can see the shocking video of a man kissing a shark, and being bit, right below: