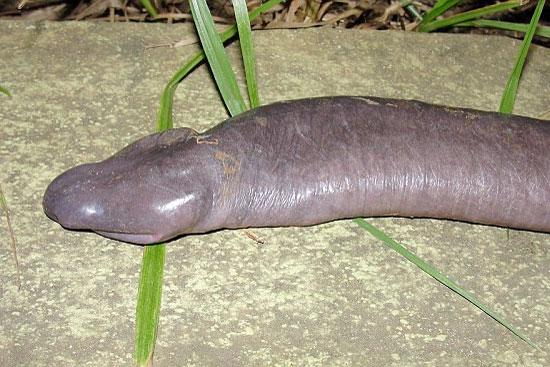 New species of snake? Yes! A strange snake was found in Brazil and it resembles a  penis… The entire biologists world are amazed of the discovery. especially due to the fact that this rare and strange species was thought to be extinct.
Scientists discovered the weird animal on the bottom of Madeira River in Brazil, and its a rare species of amphibian called Atretochoana eiselti. Wanna find out more about it? Let’s discover together all the facts about this bizarre species of “snake” found in Brazil.